Buy tickets to see Billy Elliot the Musical, astory of a very talented young boy who doesn’t have a mother in this world. As is the tradition in this area and at this time, Billy’s father wants him to take up boxing. However, the young boy discovers a passion for dancing that leads him from secret ballet lessons to an audition in London for the Royal Ballet School.

Set in the North East of England at the time of the miners’ strikes in the 1980s, in a fictional but real-life community, Billy Elliot is the celebration of a dream. He enjoys a love to dance and wishes to begin training for a career that is at first against his father’s wishes. Billy goes through an emotional journey in a world of picket lines and family struggles.

The ballet school shares the facilities at the local hall with the boxing club, and Billy is drawn into a new world where he can realise his dreams. At the same time, Billy’s father and older brother Tony, who are both on strike, struggle manfully to put food on the table.

When they discover Billy has been wasting his boxing money on less than manly pursuits, they explode. When the time of the audition comes Billy is unable to attend the audition as a result of his brother’s fight with the police.

Distraught by his family’s lack of understanding, Billy releases his feelings in a dance intended to be seen only by his friend Michael. He is however, also seen by his amazed father who is astonished by the power and animation of his son’s talent. Billy’s father agrees to make sure that Billy finally makes it to London for the audition.

Have you bought your Billy Elliot The Musical Tickets? 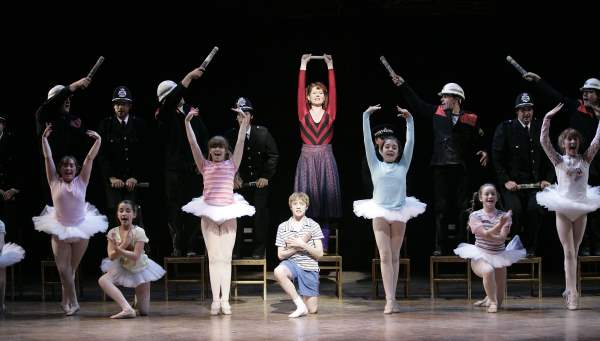 Running Time: 3 hours
Age Restrictions: Contains frequent strong language, children under 7 will not be admitted. Not recommended for children under 12. Children under 16 must be accompanied by an adult.
Currently booking to 9th April 2016
Important Info: Contains some bad language and violence.

One of our previous interviews with cast from Billy Elliot The Musical
Interview with Harrison Dowzell: Billy Elliot
When did you first realise that you wanted to dance and act?
I realised I wanted to dance when I was about 8, I loved watching dance movies and used to teach myself before I took lessons. The teachers at my junior schools noticed I had a natural talent during dance in PE and mentioned this at parents’ evening.

What’s your favourite song in the musical?
Kings because of the emotion.

How do you like living in the ‘Billy House’?
It’s great! I really miss my family at home but I’m really happy at the house, it’s so homely, we have great food, the house parents are cool and we are like one big Billy family.

What’s it like backstage at the Victoria Palace Theatre?
Good fun, we have a laugh as well as working hard.

Act II
“Merry Christmas, Maggie Thatcher” – Tony and Partiers
“Deep Into the Ground” – Jackie
“Swan Lake” – Billy and Billy Older Self
“He Could Be a Star” – Jackie and Tony
“Electricity” – Billy
“Once We Were Kings” – Company
“The Letter (Billy’s Reply)” – Mum and Billy
Finale – Company