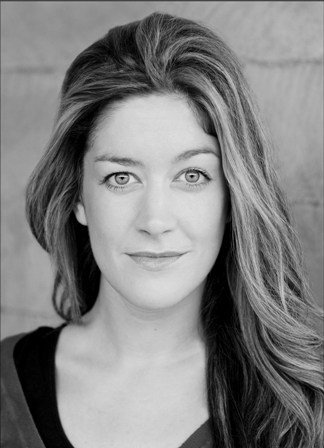 At the time of the interview, Julie Atherton was performing as Sister Mary Robert in Sister Act The Musical which is on a UK tour.

“My character goes on a massive journey in this show. Through Deloris she finds her voice and her inner strength…”

Julie’s incredible and varied talent has been portrayed in several West End shows including Avenue Q, Let Him Have Justice, Mamma Mia! and Through The Door. Julie is also keen on developing the writing of new music and is a founding member of the theatre company Notes from New York, and has been involved with the musical The In-Between. She also stars in the humorous music video Portrait of a Princess (2011).

Julie took some time out while on tour this week to answer a few questions that I put to her.

You trained at Cardinal Newman College before moving to Mountview Academy of Theatre Arts. What are some of your favourite memories from then?
All lessons with Pete Hartley were great memories to be honest… oh and sliding down the big hill on a dinner tray in the summer!

On completion of your training you co-wrote Let Him Have Justice, in which you played Iris Bentley (the sister of Derek Bentley who was hanged for his involvement in the shooting of a policeman in the 1950s and subsequently fully pardoned in 1998). This must have been quite an emotional project, can you tell us about it?
It was extremely emotional especially as we worked closely with Iris Bentley’s daughter! We would have a minute’s silence before the show every night and I remember having a headache after the show from all the tears! I was very proud of that project though. It definitely needed tweaking but there were too many of us involved to take it forward!

Performing the lead role of Sophie in Mamma Mia! in the West End. What did you enjoy most about the role and which is your favourite Abba song?
The fact that it was my first West End show and I was playing such a great part made it one of the best jobs of my life. I can’t hear Dancing Queen anymore but I think my favourite Abba song has to be Slipping Through My Fingers, because it takes me straight back to the amazing chemistry that Louise Plowright and I had as mother and daughter!

You then played the part of Serena Katz in the national tour of Fame. What do you like most about touring and what makes Fame such a successful show?
Touring is great fun but because we were doing a week in each venue that can get quite tiring after a while. The best part of touring though is that you become part of a big family as you do EVERYTHING together!

In 2006 you were part of the original London cast of Avenue Q, playing Kate Monster/Lucy the Slut. This must have been great fun – what can you tell us about your time in the show?
I loved it! Working with Jason Moore was such a treat. He is an amazing director and we just GOT each other which makes life so much easier and so much more fun!

Performing on stage ‘alongside’ the leading lady must be quite an art. Can you describe the experience?
It was terrifying really and I remember bursting into tears after the first preview because I had no idea how I had done! That’s the thing with puppeteering, you can’t tell how good your puppeteering was until someone tells you afterwards! And by then it’s too late!

How did it feel to be originating the role in the West End? How were you able to add your own style to the role?
Of course! That was what was great about the creative team … For a change they didn’t want carbon copies … They very much wanted it to come from you!

You then went on to create the role of Charlotte in the new musical Through the Door, at the Trafalgar Studios. What can you tell us about this?
This show is still ‘on the drawing board’ but I think it has great potential! It was great for me because it was the first time I actually got to play a grown-up! Ha! I usually play children or animals! Must be my cartoon eyes!

As well as performing in several other West End productions you are also a founding member of the theatre company Notes from New York, which brings the works of US composers to the West End stage. What can you tell us about the company?
We really started this because in a world of Juke Box shows we wanted to show a slice of what was happening in America! New composers were getting a chance over there and for us performers that was much more interesting to perform.

You star in the Portrait of a Princess video (2011) where you “pay homage to the traditional fairytale” – this must have been fun to make! Can you tell us about some of the humorous moments you had making the video?
To be honest it was all hilarious. We were dressed as ridiculous characters in very normal places… So some people’s reactions were priceless! Only Sainsbury’s threw us out! I don’t think they found it very funny!

You are currently on tour playing the role of Sister Mary Robert in Sister Act. Could you give us an insight into your character and what it is like being on tour with the show?
My character goes on a massive journey in this show. Through Deloris she finds her voice and her inner strength, which is weird for me because I was just as quiet when I was a little girl! I didn’t really speak to anyone at primary school and now you can’t really shut me up! I love being on tour with these people too. Although I miss my fiancée/cats/friends I couldn’t wish for a better cast!

Where have you enjoyed most on this tour?
That’s a tough one! The audiences in Edinburgh, Dublin and Plymouth have been the best so far… Oh and Wolverhampton. But I’ve had an amazing time in Liverpool and Manchester, Aberdeen.., I could go on.

Why should everyone come and see Sister Act?
Because it’s great fun and you’ll see some great talent in it!

Do you have any career ambitions or boxes that you would like to tick?
Yes but I’d rather keep those to myself!

You have two albums released, No Space for Air and A Girl of Few Words – when can we expect your next one?
My next one will be out very soon…watch this space!

You are frequently involved in new writing and this year with a new musical in the making The In-Between. What can you tell us about this new project and your part in it?
Laura Tisdall came to me with the song she wanted me to sing and as she’s a female writer I just had to be involved! She’s a lovely storyteller!

Do you have any plans in place for after the Sister Act tour closes in October?
Yes I will be CINDERELLA at the Lyric Hammersmith until January!

Away from the stage what do you like to do to chill out?
Play hard!