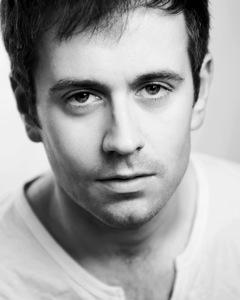 At the time of the interview, Jefferson was about to star alongside Daniel Clarkson in Potted Panto which opened at the Vaudeville Theatre on 18th December 2011,  for a limited run until 8th January, 2012. Potted Panto is one of the nominations for the Best New Comedy Award in the Whatsonstage.com Theatregoers’ Choice Awards 2012.

“CBBC’s Dan and Jeff, the masterminds behind Potted Potter and Potted Pirates, turn their attention to that much loved British institution, the pantomime.  Potted Panto crams eight much-loved pantomimes into one show.“

In addition to the current production, Jefferson and Dan have written and starred in the very successful Potted Pirates and Potted Potter shows.

Earlier this week Jefferson took some time out from rehearsals to answer some questions about himself and his career.

You were born on the Isle of Wight. What was it like growing up in this beautiful part of the UK?
I absolutely love the Isle of Wight, and lived there until I departed for University. It is a beautiful place to grow up, but I also think it necessary to leave so one can experience the pace of life elsewhere. My Mum & most of my extended family still live there, and it’s a wonderful place to get to return to; to see one’s family (and have a cheap holiday)!

When did you first discover that you had a talent for acting?
I started at a kid’s club at the Apollo Theatre on the IoW when I was 5. I think it boiled down to me being loud – my Mum thought I would enjoy it but she also got some peace for 2 hours on a Saturday. I guess the more & more shows I did from then on, the better I got, but I don’t think I ever really thought I was any better than anyone else doing the same as me, until University, where I found I had a bit of a flair for making people laugh while on stage. Only acting though, I was never destined for stand-up.

You studied Theatre & Performance at the University of Plymouth, what are your favourite memories from then?
We had a module on Improvisation in my 1st year, and that was when I flourished. I suddenly found something I genuinely enjoyed and was one of the better ones at. Aside from the academia, it was at University that I blossomed, socially – holding my own in all aspects of University life! It was at University that I met most of my friends that I still have today, and all my memories with them merge into one long 3-year haze…

When did you make your professional stage and screen debuts?
Stage was in a show called ‘Upper Class Motors‘ that was a fringe show in King’s Cross back in 2003. It was a gig that I got by applying through ‘The Stage’, and I believe I got £25 for 6 weeks rehearsals and 5 or 6 performances. Which was my first paid London stage work. Screen would have been on Richard & Judy with what was the very beginnings of ‘Potted Potter’ (not that we knew that then) in 2005.

What is it about entertaining children rather than adults that appeals to you?
Children are just so delightfully(?) honest. An adult will lie to you, and possibly pretend they are enjoying what you are doing, through politeness or awkwardness. A child won’t. If they are bored, they will tell you – often quite vocally. Therefore when you are keeping children entertained, you know you are earning your money. One of the greatest joys in what we do, is when we make a child AND an adult laugh at the same joke.

Along with Daniel Clarkson you performed on Blue Peter. What was it like being on one of the iconic TV programmes for children?
The first day we appeared on Blue Peter was one of the most terrifying of my life. It is a British institution, and you do NOT want to be the one that brings it down! It survived pooing elephants and cat naming scandals, and YOU brought it down with a shoddy performance – that’s a lot of pressure! But I have a Blue Peter badge sitting proudly on my mantlepiece, which means I could get into many British tourist attractions for free. If I was 11.

You have co-written and co-starred in Potted Potter, Potted Pirates and now Potted Panto. How would you describe working on the shows?
When you are an actor, there can be no greater gig than performing a role you wrote for yourself – although somehow I have managed to make myself look pretty stupid for most of the shows. It’s also a pleasure to work every day with one of my best mates – not that many people get to do that!

Who does most of the writing for the shows and how do you put it all together?
Dan is probably slightly more of a natural writer than me, but we bounce off each other very well. We’ll jot something down, then get up and play around with it. Our director, Richard Hurst, has also written with us on ‘Pirates’ & ‘Panto’ and is an actual real-life professional writer for Radio 4 and BBC comedy and everything. When we are putting it all together, Dan & I tend to quote lots of things from programmes that make us laugh, and mess around until Richard tells us off. Our only guideline while writing is if it makes us laugh, then it will probably make others laugh. Though we have been wrong…

Is there humour for adults as well as children in Potted Panto?
Absolutely. When Dan & I were little we both watched comedy with our fathers. Dan was mainly watching Morecambe & Wise, and I was watching the Two Ronnies and both of us watched Monty Python. When I was sat watching with my Dad, if he laughed, then I laughed – whether I got the joke or not. We think it is AS important, if not more so, to make the adults in our audiences laugh. We see our shows very much as family shows, rather than kid’s shows.

Why should everyone go along and see Potted Panto?
Pantomime is such a British theatrical institution, but it is completely bonkers! Non-English people who go to watch it are often left baffled by the traditions and other nonsense – and yet we never question any of it. In our show we poke fun at some of them, and at ourselves for accepting them. Also, where else will you get to see 8 pantos for the price of 1? Nowhere, that’s where!

Potted Panto concludes its run in January 2012, what are your plans for next year?
Very much hoping to do some more ‘Potted’ work next year. There are a few plans, but I don’t think I’m allowed to talk about them yet! Whatever I end up doing, I imagine Dan will be hanging around me, causing havoc!

Asking your stage partner Dan the same question, is there a double act or a comedian that you admire most?
Oooh, I’ll stick with double act, as I have no idea who I would choose for comedian. I LOVE Morecambe & Wise, and Reeves & Mortimer. But my all time favourite is The Two Ronnies. Maybe I’ll have Ronnie Barker as favourite comedy performer, rather than comedian, if I am allowed to twist the question…?

You have worked on television and on stage. Do you have a preference for TV or live theatre?
I love working in the theatre – getting the instant response from the audience, and I am pretty confident that will have been Dan’s answer. But there is something about live TV that gives me more of a buzz than anything else.

Is there a stage comedian that you would love to work with? (I won’t tell Dan)
Daniel Kitson. Hands down. The man creates beauty & comedy in equally high measures.

I understand that you were ‘busking’ around Covent Garden when Dan saw you performing and thought you were so funny he had to work with you. What is your side of that story?
Ha ha. We have told that story in interviews so many times over the years, I no longer know whose version is true!! I was in Covent Garden, having a go at busking, doing some storytelling (Treasure Island) very badly. It was one of my first ever goes, and would probably have been my last too. A tall guy was watching me, and I thought he was going to tell me off, as it was his patch or something, but instead, he came up to me and said he liked my style and that he had a job he needed a shorter man to assist him with. For some reason at no stage did I doubt him (must be those baby blues), he took me for a drink, and the rest is history. Turned out we had a lot of mutual friends and we just hit it off.

Potted Panto was nominated for the ‘Best Entertainment’ at the 2011 Olivier awards. What did this mean to both of you?
I still find that so surreal. It felt like we were total impostors, at someone else’s party. I was sat directly behind Derek Jacobi (a god to me), watching Barry Manilow (a god to Dan) sing Copacabana. Obviously to be recognised by your own industry for something you have produced, is just about the greatest honour there is.

You performed ‘Potted Potter’ at the Edinburgh Festival. How does it compare performing in Edinburgh to the West End?
The Edinburgh Festival is like a Holiday Camp for Comedians & Comedy Performers. You’re out every night with people you know, or know people you know, and you get up each day to do your show, then watch everyone else’s show. It whizzes by and is entirely exhausting. I love it, but am very glad it is only once a year! The West End is like grown-up theatre. It is what pretty much every British actor is aiming for, and to be there is mind-blowing. Personally, as much as I love the Festival; performing in the West End is an honour you never know if you’ll get again. This is my 3rd run in The West End proper, and I’ve loved every minute of the last 2!

What do you like to do on a day off?
If we are in the middle of a long run, then a lie-in is good. Then brunch, maybe a long walk through the parks, tennis or badminton, dinner, and finally a good pub, maybe with a quiz. (I have no idea when I got this old…!)

And the same quick-fire questions as Dan  – do you agree?

Morecombe and Wise or Richard and Judy?
Morecambe & Wise definitely.

Monty Python or Blackadder?
Aaargggh. You’ve named 2 of my top 3 shows. I think Blackadder. But I’ll change my mind tomorrow.

What message would you like to say to your fans?
Thanks for coming to see the show(s)! And always hang around afterwards to say Hi!

Many thanks Jefferson for a fabulous interview and have fun with Potted Panto!

After creating the “absorbing and provocative” Version 2.0 and the “eminently lovable” Letters, Kashyap Raja returns to London with his new play Earth … END_OF_DOCUMENT_TOKEN_TO_BE_REPLACED