What's On at the Adelphi Theatre London | Hello, Dolly! 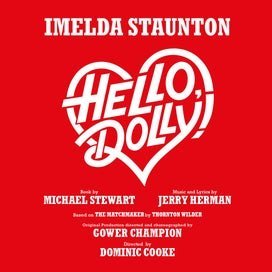 Imelda Staunton is back where she belongs in Hello, Dolly! at the Adelphi Theatre in 2020. This brand new production re-unites Imelda with Director Dominic Cooke following the critically acclaimed production of Follies at the National Theatre. Meddlesome socialite turned matchmaker Dolly Levi travels to Yonkers, New York to find a match for the miserly, unmarried ‘half-a-millionaire’ Horace Vandergelder, but everything changes when she decides that the next match she needs to make is for herself.

With music and lyrics by the legendary Jerry Herman (La Cage aux Folles, Mack and Mabel, Mame) and book by Michael Stewart (42nd Street, Mack and Mabel, Barnum), Hello, Dolly! is one of the most iconic musicals of all time. Jerry Herman’s timeless score includes ‘Put On Your Sunday Clothes’, ‘Ribbons Down My Back’, ‘Before the Parade Passes By’, ‘Elegance’ ‘It Only Takes a Moment’ and of course, ‘Hello, Dolly!’

Tracey Penn trained at Guildford School of Acting where she graduated with a BA Hons in Musical Theatre in 2009. Tracey played ‘Jack’ in Mother Goose at the Northcott Theatre in Exeter, ‘Jack’ in Jack and the Beanstalk (King’s Lynn Corn Exchange) and was a vocalist in A Night of a Thousand Stars at the Marlowe Theatre in Canterbury. She has also appeared in a Meteor TV commercial. At the time of the interview, Tracey was starring as ‘Fleck’ in Love Never Dies (LND) at the Adelphi Theatre. … END_OF_DOCUMENT_TOKEN_TO_BE_REPLACED