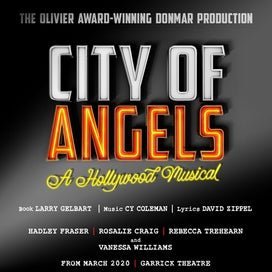 A screenwriter with a movie to finish.
A private eye with a case to crack.
But nothing’s black and white when a dame is involved.
And does anyone stick to the script in this city?

This is Tinseltown. You gotta ask yourself: what’s real… and what’s reel… 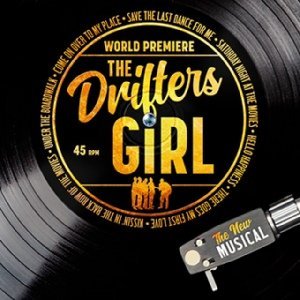 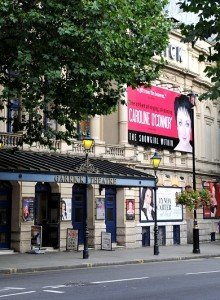 The original Sky One TV series, Brainiac: Science Abuse, hung up its lab coat for the last time some 11 years ago so not only did my seven-year-old twins have absolutely zero familiarity with the franchise but I also entered the Garrick Theatre with a healthy dose of telly-brand-extension scepticism. Fast-forward to an hour later and their grins of delight seem to have become permanent and I’m now the proud mother of two super-fans! This show is short, sharp and absolutely exhilarating for … END_OF_DOCUMENT_TOKEN_TO_BE_REPLACED

Brainiac Live! is delighted to announce that the show that laughs in the face of science is coming to London’s West End for a strictly limited season from 31 July to 1 September 2019. Tickets for Brainiac Live! are on sale from the Garrick Theatre Box Office. Based on the much loved, popular science entertainment TV show, the live show is a breathless, fun and fact-filled exploration of the weird and wonderful world of science, that through a series of high energy experiments delves … END_OF_DOCUMENT_TOKEN_TO_BE_REPLACED

It would have been too handy, I suppose, for a list of songs to be included in the programme for Rip It Up – The 60s, but they do pack them in and stack them high, higher even than Motown the Musical. But I didn’t feel nearly as frustrated about truncated melodies as I did when I saw Motown. This is essentially a song-and-dance extravaganza and doesn’t pretend to be anything else. Two of the four ‘allstars’, as presenter Cavin Cornwall repeatedly called them, Olympic gymnast Louis Smith MBE … END_OF_DOCUMENT_TOKEN_TO_BE_REPLACED

The multi award-winning John Malkovich returns to the West End stage after nearly 30 years to play Barney Fein, a top dog Hollywood producer in Bitter Wheat, a new play by the legendary author, director and playwright David Mamet. It will preview at the Garrick Theatre on Friday 7 June 2019 with a press night on Wednesday 19 June 2019 and will be directed by Mamet. Malkovich, one of the world’s most revered actors, is best known for his many films including Dangerous Liaisons, Being John … END_OF_DOCUMENT_TOKEN_TO_BE_REPLACED