The Watsons at The Harold Pinter Theatre 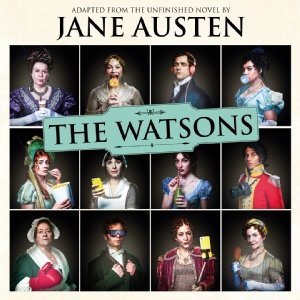 Nineteen and new in town, Emma Watson’s been cut off by her wealthy aunt. She needs to marry, and fast, or be faced with a life of poverty and spinsterhood stuck in her humdrum family home.

Luckily, she has plenty of prospective suitors asking to dance, from dashing socialite Tom Musgrave to the stinking rich, socially awkward Lord Osborne. Which partner to pick?

So far, so familiar, but that’s when Jane Austen stopped writing. Two hundred years on, her forgotten heroine’s happy ending still hangs in the balance.

What happens when a writer loses the plot and fictional characters take control of their tale?

★★★★ “Excellent. Jane Austen has never been quite as much fun.” The Times
“Laura Wade triumphs spinning Jane Austen into major theatrical gold.” Variety
★★★★★ “A beautiful bold production. A stunning play.” The Guardian

The Watsons at The Harold Pinter Theatre

The Watsons at The Harold Pinter Theatre from Friday 8th May to Saturday 26th September 2020. 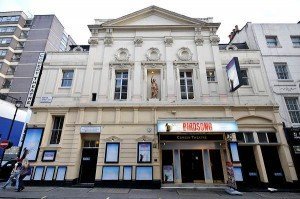 Opening on 15th October 1881 this Victorian theatre only took six months to build, and was at first called the Royal Comedy Theatre, with the The Royal being dropped by 1884.

The theatre’s reputation was enhanced during the First World War when C B Cochran and André Charlot presented their review shows.

Significant reconstruction took place in the mid-1950′s with the theatre reopening on 14th December, 1955. One feature of this theatre is the use of columns to support the circle seating areas, which means that a number of the seats have a somewhat restricted view. The Comedy was possibly best known for the role it played in the late 1950′s, helping to overturn stage censorship.

More recent productions include the award winning comedy Steaming, and the fabulous award winning musical Little Shop of Horrors making its West End debut in 1979, both of which played at The Comedy in the early 1980s.

Sonia Friedman Productions is thrilled to announce that Pearl Mackie will join the cast of a new production of Harold Pinter’s The Birthday Party, in her first role since playing ‘Bill Potts’, the Doctor's companion, in the latest series of the BBC's Doctor Who. Pearl Mackie will perform alongside recently announced cast members Toby Jones, Stephen Mangan and Zoë Wanamaker for this major revival directed by Ian Rickson. The Birthday Party will run at the Harold Pinter Theatre, 60 years since … END_OF_DOCUMENT_TOKEN_TO_BE_REPLACED

What a non-traditional but traditional, unconventional but conventional, rendering of Shakespeare’s Hamlet this is. The inventive use of video technology in this production, a West End limited season transfer from the Almeida Theatre, seems to take after the 2009 BBC Television adaptation (starring David Tennant and Sir Patrick Stewart) of a previous Royal Shakespeare Company production. This production goes a lot further, though, with subtitles and captions of rolling news broadcasts displayed … END_OF_DOCUMENT_TOKEN_TO_BE_REPLACED

Images released today of Imelda Staunton and Conleth Hill for Edward Albee's Who's Afraid of Virginia Woolf? in the West End at the Harold Pinter Theatre. Imelda Staunton and Conleth Hill will star in a new production of multi Tony and Pulitzer prize-winning playwright Edward Albee’s Who’s Afraid of Virginia Woolf? directed by James Macdonald. In the early hours of the morning on the campus of an American college, Martha, much to her husband George’s displeasure, has invited the new … END_OF_DOCUMENT_TOKEN_TO_BE_REPLACED

Direct from a sold out season in New York, Academy and Bafta Award-winner Mark Rylance returns to the West End to perform in Nice Fish at the Harold Pinter Theatre, a hit new comic play written by Mark Rylance and Louis Jenkins and directed by Claire van Kampen On a frozen Minnesota lake, the ice is beginning to creak and groan. It’s the end of the fishing season and on the frostbitten, unforgiving landscape, two old friends are out on the ice and they are angling for something big, something … END_OF_DOCUMENT_TOKEN_TO_BE_REPLACED