Joseph And The Amazing Technicolor Dreamcoat at the London Palladium 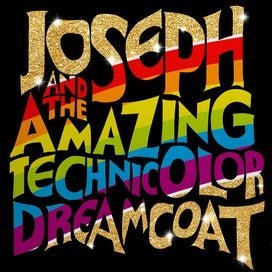 Following a triumphant sold-out season this year, we are thrilled to announce that the new, smash-hit production of Joseph and the Amazing Technicolor Dreamcoat will return to The London Palladium for a strictly limited season of just 77 performances in summer 2020.

Released as a concept album in 1969, the stage version of Joseph and the Amazing Technicolor Dreamcoat has become one of the worlds most beloved family musicals. The multi-award-winning show, which began life as a small scale school concert, has been performed hundreds of thousands of times including multiple runs in the West End and on Broadway, international number one tours, and productions in over 80 countries as far afield as Austria and Zimbabwe and from Israel to Peru. The show features songs that have gone on to become pop and musical theatre standards, including Any Dream Will Do, Close Every Door To Me, Jacob and Sons, There’s One More Angel In Heaven and Go, Go, Go, Joseph.

Told entirely through song with the help of the Narrator, Joseph and the Amazing Technicolor Dreamcoat follows the story of Jacob’s favourite son Joseph and his eleven brothers. After being sold into slavery by the brothers, he ingratiates himself with Egyptian noble Potiphar, but ends up in jail after refusing the advances of Potiphar’s wife. While imprisoned, Joseph discovers his ability to interpret dreams, and he soon finds himself in front of the mighty but troubled showman, the Pharaoh. As Joseph strives to resolve Egypt’s famine, he becomes Pharaoh’s right-hand man and eventually reunites with his family.

Qdos Entertainment previously announced that Charlie Stemp will return to the London Palladium to play The Prince in this year’s Pantomime, Snow White at the London Palladium along with Danielle Hope who will play the title role of Snow White. They join the previously announced Dawn French as The Wicked Queen, Julian Clary as The Man in The Mirror, Paul Zerdin as Muddles, Nigel Havers as The Understudy, Gary Wilmot as Mrs Crumble with Vincent and Flavia as The King and The Queen for this … END_OF_DOCUMENT_TOKEN_TO_BE_REPLACED

Camelot at The Palladium on 6th October was a very enjoyable one night concert to celebrate the centenary of Alan Jay Lerner. Directed by Shaun Kerrison and produced by Clive Chenery on its single stage were the many part performers as well as the sixteen fine singers of the London Musical Theatre Orchestra chorus and the orchestra itself conducted by Freddie Tapner. There was no set and no costume changes, Arthur was wearing a suit and tie, Guenevere a long glittering dress. The vitality of … END_OF_DOCUMENT_TOKEN_TO_BE_REPLACED

If a production of The King and I so wanted, it could have the ‘March of the Royal Siamese Children’ go on and on, demonstrating that the King of Siam really did have as many children as he claimed to have had, sleeping with a substantial number of women based at his court. Here, in this production transferred to the London Palladium from New York’s Lincoln Center Theater, the King (Ken Watanabe) tells Anna Leonowens (Kelli O’Hara), a newly arrived schoolteacher, that she will only be tutoring … END_OF_DOCUMENT_TOKEN_TO_BE_REPLACED

It would be unusual for the plot to be the unique selling point for a pantomime, but there’s usually a discernible narrative of some sort. This version of Dick Whittington just about manages it, although it ends rather abruptly - even by panto standards. This is, however, proverbial nitpicking: the sheer comedy value, lavish set and dazzling costumes make this show a memorable experience. As with last year’s London Palladium panto, most of the punchlines are aimed at ticket bookers rather … END_OF_DOCUMENT_TOKEN_TO_BE_REPLACED