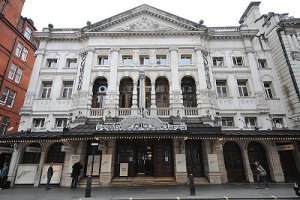 With Shakespeare, you either get it or you don’t. I don’t usually “get it”. However, the Michael Grandage’s version of A Midsummer Night’s Dream at the Noel Coward Theatre had me embraced from the word go. With a beautiful set, gorgeous costumes (or lack of - I shall explain later) and spell-binding acting, this production is not one to miss. A Midsummer Night’s Dream is probably one of the easiest of Shakespeare’s plays to understand and although at some points I was completely baffled by … END_OF_DOCUMENT_TOKEN_TO_BE_REPLACED