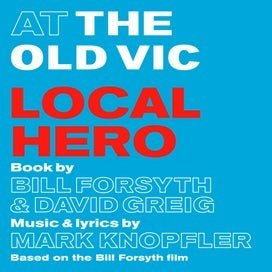 Opening on 20th May for a limited run is a new dance thriller devised, directed and choreographed by Drew McOnie. Inspired by Robert Louis Stevenson’s The Strange Case of Dr Jekyll and Mr Hyde. One of the UK’s most innovative theatre choreographers Drew McOnie reimagines Robert Louis Stevenson’s sinister drama in an excitingly physical new dance production with music by Grant Olding. Jekyll & Hyde has been commissioned by The Old Vic as part of its new dance collaboration with The … END_OF_DOCUMENT_TOKEN_TO_BE_REPLACED

The Old Vic today announces Artistic Director Matthew Warchus' second season, continuing a wide-ranging programme that includes world premieres, new writing, musicals, classic revivals and The Old Vic Variety Nights. There will also be a new strand of children's programming to engage the next generation of theatregoers, demonstrating Matthew's 'something for everyone' approach. Season 2 marks Glenda Jackson’s return to the stage, to play the title role in King Lear, directed by … END_OF_DOCUMENT_TOKEN_TO_BE_REPLACED

Old Vic Voices Off is a series of talks and events, given by leading voices in the arts, media, science and politics, designed to complement Matthew Warchus’s inaugural season as Artistic Director. The events reflect the range of work on The Old Vic’s stage, and allow audiences to get closer to the heart of the productions by questioning and exploring their themes and ideas in interesting and creative ways. OLD VIC VOICES OFF – THE CARETAKER A programme of talks and debates hosted by leading … END_OF_DOCUMENT_TOKEN_TO_BE_REPLACED

It’s not often that you spend a full three hours in a theatre amongst a packed audience that’s hanging on every word, every gesture and, yes, every pause throughout a drama so gripping, so engulfing, so evocative of a pre-internet time long passed. It’s 56 years since The Caretaker first discombobulated audiences with its seedy slice of junk-attic life: it was immediately installed (with the help of Kenneth Tynan) as one of the great plays of the twentieth century written by Harold Pinter who … END_OF_DOCUMENT_TOKEN_TO_BE_REPLACED

Following the success of the first Variety Night in November 2015, The Old Vic has announced the second of its Variety Nights which will take place on Sunday 6th March 2016. An integral part of Matthew Warchus’ vision for an eclectic inaugural season, the Old Vic Variety Nights embrace the theatre’s history and its roots in music, dance and vaudeville. The Old Vic Variety Nights aim to reinvigorate a much cherished and nostalgic format with a contemporary twist, combining established names … END_OF_DOCUMENT_TOKEN_TO_BE_REPLACED