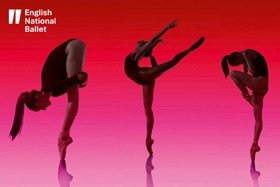 Principal dancer Tamara Rojo is now over four years into her reign as Artistic Director at English National Ballet, throughout which time she has transformed the company from a regular touring company predictably relaying the classics, to a daring company showcasing new work from emerging choreographers and performances designed to appeal to younger dance fans. Notably in 2014, Lest We Forget, a triple bill commissioned to mark the anniversary of World War I, was a huge success and I approached She Said, a further triple bill choreographed solely by female artists, with great optimism but unfortunately I was largely disappointed with the consistency on display.

The most cohesive and successful of the new works is Annabelle Lopez Ochoa’s Broken Wings, at fifty minutes in length the piece needs editing but there are moments of lucid and engrossing storytelling as the tragic life of Frida Kahlo (Rojo) unfolds. 41-year-old Rojo effortlessly turns back the clock to a youthful Khalo in school uniform as she dances a feisty and energetic pas de deux with her young partner, Cesar Corrales and is then transported to a vibrant Mexican world of colour and flamenco like those much alluded to in Kahlo’s paintings. Throughout the piece she is torn between hope and torment. Husband Diego is convincingly portrayed by Bolshoi and Royal Ballet star Irek Mukhamedov, who at 56 is still as fine a partner as any. Broken Wings really is a pure showcase for Rojo however and she suits being the star. She’s a wonderfully versatile actress who portrays the myriad of emotions required here without a problem but what of the rest of the company? Only the supporting roles remain.

Yabin Wang’s M-Dao focuses on the power of a woman wronged, in the programme notes say says, “ A woman is like the ocean. Because the ocean may look quiet and peaceful but underneath the currents could be roaring.” The work features the impressive talent of new Principal Laurretta Summerscales who dances a sensuous and emotive duet with her husband Jason (Fernando Bufalá) before a mysterious, younger incarnation of Summerscales emerges from behind the waffling fabrics that frame this piece. Quickly, Bufalá can be seen to be reaching for the young Princess (Madison Keesler) and not his wife anymore. It’s a heart-wrenching sequence and danced with great emotional investment by all and the tragic figure of Summerscales as she dances with a single point shoe just pushes it over the edge.

This triple bill could do with losing Aszure Barton’s Fantastic Beings from the programme. This is a meaningless, plotless work that seems like filler and at the end of the a long evening it felt relentless and frustrating. This is a piece that features the cream of ENBs talent including Principal Erina Takahashi and Emerging Dancer winner Alison McWhinney however from my mid-stalls position I couldn’t distinguish any of them due to the continuously dingy lighting.

This mixed evening needs editing to bring out its best, however Rojo’s bravery is commissioning this all-female bill of work must be acknowledged as a necessary experiment. If nothing, it certainly demonstrates that women can be just as inconsistent choreographers as their male counterpart.

Their credits list is a roll call of the world’s best dance companies and artists, from Dutch National Ballet and Ballet Nacional de Cuba (Lopez Ochoa), to Alvin Ailey American Dance Theater, Sydney Dance Company (Barton) and Sidi Larbi Cherkaoui (Wang). The world premiere of She Said is a rare opportunity to experience their talent and vision on a single stage.

Annabelle Lopez Ochoa’s Broken Wings tells the story of one of the most iconic artists of the 20th century, Frida Kahlo, from her life-changing accident as a teenager to her stormy relationship with painter Diego Rivera. Lopez Ochoa collaborates with director Nancy Meckler and composer Peter Salem, with whom she created the award-winning dance version of A Streetcar Named Desire for Scottish Ballet.

Yabin Wang is a leading figure in contemporary dance in China and an international performer. She produces works which foster collaboration between Chinese and international artists (the most recent, The Moon Opera, will come to Europe next year).  For She Said she brings the Greek heroine Medea into the realm of classical China, with music by Jocelyn Pook using Western and traditional Chinese instruments and costumes by Kimie Nakano (Akram Khan’s Dust).

Aszure Barton’s Fantastic Beings is a piece fuelled by the individuality of the dancers, which will develop from an intense process of collaboration. Set to a new score by Mason Bates, a composer and DJ known for his innovative orchestral writing, and featuring costume designs by Michelle Jank, it promises to live up to Barton’s reputation as “one of the most innovative choreographers of this generation” (Mikhail Baryshnikov).
http://www.ballet.org.uk/