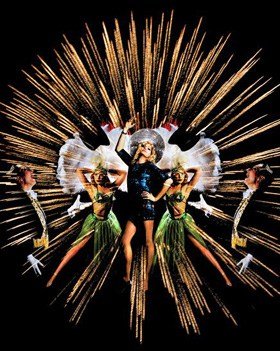 How exciting. An invitation to spend the evening at a private members’ club and watch some delightful cabaret. Honestly, I am spoilt sometimes.

Picture it. Saturday night, I’m running through town in the rain. I’m alone because Mr Smith is laid up with something (I didn’t pry!) I’m going to be late so I’m galloping down Shaftesbury Avenue…………… OK, I don’t actually run anywhere. That was an exaggeration. I was doing my best power mince with a look on my face that said “clear the way” and my Vivienne Westwood scarf wafting in the breeze so that I must have looked like some sort of mini carnival float. I find the door, for this is an exclusive venue. There is a very discreet sign and a doorbell. Composing myself as I am let in, I inform the woman who greeted me of my name and purpose. “Certainly Sir. It’s on the 3rd floor” This isn’t a small building. With dismay I start to climb the stairs which, given my state at that moment may as well have been Everest.

I made it. Not quite in the nick of time as the first act had already started. A burlesque dancer who was yet to reveal her brassiere, so I knew I hadn’t missed much! OK, you have the picture now let me tell you about the cabaret.

Cabaret of the Century is the latest enterprise from Finger in the Pie. The award winning theatre company. The cabaret scene regular, Michael Twaits, hosts the show and the very talented Sarah Bodalbhai accompanies him on the piano. The premise of the night is that a particular year of the 20th century is chosen and that becomes the theme for the evening. With live cabaret interpretations of the music of the time, mainly from Twaits. He also treats us to random facts, and there is a quiz based on events of the year. The date chosen for this inaugural event was 1984. I must say, I don’t think George Orwell would have ever thought of some of the things going on here! (literary reference I know but if you don’t get it, you know what to do. Google it!) The first act that I only caught the last half of (or should that be the top half?) was Felicity Furore, a burlesque dancer. For those of you who are unsure what that means, where have you been for the last 100 years or so? Anyway, she is a very attractive young woman who takes her, in this case 80s inspired clothes off. Obviously, it is carried out very tastefully and there are no flashes of “foo-foo” and no “nips.” The council don’t like that, especially when they are trying to turn our beloved Soho in to a coffee shop based theme park.

After another burst of comedy and music from our host, probably one of the biggest icons of the 80s is set to make an appearance. Yes, the Iron Lady herself. Margaret Thatcher.

Please, do not panic. They hadn’t exhumed her corpse or anything as dramatic as that (although that would have been a “nip slip” to shock Westminster!) it was Margaret Thatcher, the queen of Soho. The alter ego of Matthew Tedford. Maggie was delightfully droll and even managed to get in a dig at the royal baby. Almost before the placenta had been deployed!

In the second half of the show, Felicity jiggles her bits again and then things take an outlandish turn. Jonathan Richardson arrives to bestow upon the assemblage a licentious portrayal of the death of Tommy Cooper. It wasn’t the funniest thing that I’ve seen but it was a brave choice of material. I doubt though that there were any ardent Cooper fans present and therefore the risk of offending was minimal. The rest of the show is, quite rightly taken up by the host. We continue to have his personal renditions of such hits (all strictly from 1984) as “It’s raining men”, “Total eclipse of the Heart,” a musical theatre medley that comprised of songs from Yentl, Sunday in the park with George and Sweeney Todd. Michael and Maggie also made up their own coalition and delivered an interpretation of “I know him so well.” In addition, the answers to the quiz were revealed and, amongst other things, the prize was to have a hand in choosing the year for the theme of next month’s show. It is 1905. (Contrary to popular belief, not a year that I remember)

The party carries on until about 2am but, as I had been abandoned by my cohort (or have the pills made him disappear?) I wasn’t really in the mood to stand around like a wallflower looking as if I was desperate for company. I can stay at home and do that.

Cabaret of the Century is a novel idea but the content itself wasn’t ground-breaking. If you don’t go to a lot of cabaret though it won’t seem so “done.” On the whole though it was an entertaining event. It will be interesting to see how it evolves as they settle in to their latest domicile.

Cabaret of the Century
An intimate cabaret soirée hosted by the inimitable Michael Twaits accompanied by Sarah Bodalbhai on piano, every month at the famous Century member’s club on Shaftsbury Avenue. Each month we will be taking a different year of the 20th Century as our theme, with live cabaret interpretations of the music of the time, peppered with random facts, re-enactments of historical events, costumes and campery – not to mention guest performances from the crème de la crème of the cabaret scene who’ll wow audiences with brand new material and special one-off performances created exclusively for the night.

Titus Andronicus is not usually a comedy, it is usually a bloody, villainous and vengeful tale, but tonight it is a comedy and a rather amusing one at … END_OF_DOCUMENT_TOKEN_TO_BE_REPLACED

This show is not without clichés - there are three of note in this production. Firstly, the French horn of the show’s title is personified, speaking … END_OF_DOCUMENT_TOKEN_TO_BE_REPLACED

There’s very little in the way of set in this show: aside from chairs, a few crash barriers and at one point, a red carpet, the actors’ movements … END_OF_DOCUMENT_TOKEN_TO_BE_REPLACED

South African born, but raised on the Isle of Man, Pierre Novellie is a true raconteur rather than just another 'stand-up' comedian. He says about his … END_OF_DOCUMENT_TOKEN_TO_BE_REPLACED

This show, Willy Hudson began by saying, is about himself. It is written by himself, is directed by himself and executive produced by himself. Almost … END_OF_DOCUMENT_TOKEN_TO_BE_REPLACED