Two long time friends sign up for a misguidingly advertised grad scheme in a prison. The two protagonists’ relationships tell of their journey in the criminal justice system and the troubling changes they go through. 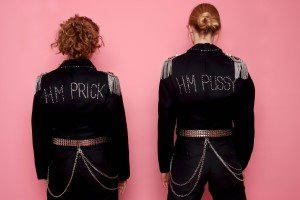 I am sure we have all got into something and realised it wasn’t quite what we thought we signed up for. For most of us, this is not a grad scheme advertised as a rehabilitation program in prison that turned out to be a problematic prison officer position. Once the two friends, Harriet (Harriet Troup) and Ella (Ella Church) are in this strange predicament, we watch them transition over the course of the play from the somewhat misguided activism to cynicism and an embodiment of a structure they once hoped to dismantle. The relationship between the two is well written and excellently acted; their chemistry is genuinely believable as they work through extremely traumatic moments and dance around the murky ethics of being a corrections officer.

I went into this show with serious reservations; I had thought it might be in the dangerous territory of defending the abusive, racist systems of incarceration in this country. There are moments when I felt there was too much sympathy for those enacting a system of built-in oppression. I thought it could have delved further into the extent to which prison is emblematic of the damning problems in society. That being said, the sympathy for Harriet and Ella is much more found in the individual trauma they experience, from prison abuse to suicide, a narrative that leans into a critical perspective of the prison system. The notably all-female cast and crew give consistent and subtle nods to the female experience in a vehemently patriarchal and male-dominated system.

I felt the design was a little underwhelming. Aside from some rather fabulous glittered jackets, the set and costume were straightforward. The otherwise playful energy to this show was cast onto a dull canvas.

For a play centred around abuse of power and trauma, the play was very funny. Troup and Church deserve huge credit for writing and executing terrific, tasteful comedic beats with the strong guidance of Laura Asare (dramaturg) to find where and when these jokes came. The relationship between the two protagonists is touching, and I am left caring for the two of them.

I would have liked to see perhaps a more damning reprimanding of the prison system, but maybe that is my political leanings itching away. For those who do want that, I would point you towards Ava Duvernay’s 13th , although that is specific to American prisons. However, execution is brilliant. Troup and Church have conjured a moving and insightful story out of their stories and others.

‘Cell Outs’ is a dark comedy written and performed by two ex-prison officers; Ella Church and Harriet Troup. It is drawn from their own direct experience and verbatim interviews from officers they worked alongside. It is both a tale of bright-eyed ambition, burnout and bejeweled batons and an unseen insight into the warped world of those working behind bars.

Creative Team
Written and performed by Ella Church & Harriet Troup
Directed by Grace Church
Dramaturgy by Laura Asare
Set and Costume Design by Daisy Blower
Sound Design and Music Composition by Jac Cooper
BSL Interpretation by Harri McKenzie-Donovan
Production and Marketing support from Floss Hoffman and Molly McGeachin
Photography by Ella Kemp
Many thanks to our interviewees who wish to remain anonymous.

Handel’s 1738 opera Serse (or Xerxes) is an exploration of power, love and human frailty. King Serse falls in love with the voice of his brother … END_OF_DOCUMENT_TOKEN_TO_BE_REPLACED

Lea Salonga has her fans. She also has some superfans, the ones who yell, “I love you Lea!” at almost every opportunity. If that wasn’t enough, there … END_OF_DOCUMENT_TOKEN_TO_BE_REPLACED

I have no hesitation in saying that the 1952 movie “Singin’ in the Rain” and its 1985 stage version is one of the greatest musicals of all time, … END_OF_DOCUMENT_TOKEN_TO_BE_REPLACED

There are, Maria Caruso was keen to emphasise in a post-show discussion, no wrong answers when it comes to responding to Metamorphosis or even … END_OF_DOCUMENT_TOKEN_TO_BE_REPLACED

Children of the Windrush generation, sisters Dawn and Marcia, grew up in the 1980s. In Roy Williams’ new play Dawn is shown struggling to care for … END_OF_DOCUMENT_TOKEN_TO_BE_REPLACED