Home » Reviews » Chronic Insanity’s There’s Something Among Us | Review

It’s all a bit banal, really – or perhaps I’m too heavily influenced by some of the other online productions that I’ve seen recently, which deal with far weightier matters than who did what to whom in a multiplayer computer game. The overarching backstory feels a tad far-fetched, too: a bunch of YouTubers from the same management company living under one roof. I didn’t know YouTubers had ‘management companies’, but the likes of Kellogg’s, Honda and Coca-Cola apparently use them to help with their online marketing campaigns. I suppose the managers’ expertise allows the large corporations to access the right sort of influencers for their brand, while ensuring individual contributors aren’t fleeced by dubious clauses in wordy and complicated contracts. 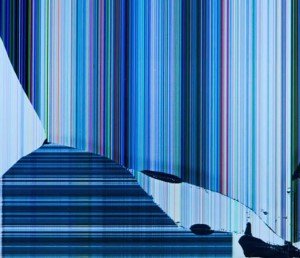 Anyway, VeeChosen1 (Victor Itang) – the characters are mostly known by their social media ‘handles’ (public usernames) – is hosting a gaming session, bringing together various gregarious personalities. It isn’t long before disagreements boil over into arguments. Many are the calls for order and civility, but the play reveals a lot, reading between the lines, about the ‘real’ personalities behind the oh-so-positive smiley faces with seemingly boundless energy, telling those who already like and subscribe to their YouTube channel to like and subscribe to their YouTube channel. I trust it isn’t too much of a spoiler to reveal that things are far from sweetness and light.

As someone who doesn’t indulge in computer games (I very much doubt online Sudoku counts as gaming) the gaming activity itself quickly became repetitive, whilst much of the non-game conversations largely centred around living arrangements and why, precisely, it was that Sam (John Thacker) was asked to leave the house. The drama that ensues is the stuff of reality television shows, complete with revelations about who was in a relationship with whom, and the self-styled Becca Bakes (Amber Wadey) losing her temper just because someone else inferred that they might know something – anything – about how an oven works.

I appreciated the repeated references to their YouTubing being “a business” as it put things into perspective – these are people that make a living from what they do, and the principles of supply and demand apply online just as much as they do offline. I’m not sure how many different iterations there are of this production, given the choice that is presented to the viewer on several occasions as to which character to focus on. It would take a few viewings to get a fully comprehensive picture of the innermost thoughts of every character – one of the show’s strengths is that viewers could potentially have hours and hours of fun getting to know each character in detail.

The show’s conclusion manages, somewhat cleverly, an open-ended ending to what might otherwise have been a definitive end. But it was difficult to feel invested in the lives of people who individually and collectively regularly indulged in one-upmanship. Having introduced themselves to the audience, it’s not long before the characters forget the audience is even there. Perhaps a little more direct engagement would have helped maintain interest. Still, there are some perceptive insights into the digital world and social media industry in this friction-filled story.

With a rise in online games over lockdown, including the hugely popular Among Us which divides friendship groups into crewmates and imposters, Joe Strickland’s There’s Something Among Us asks what happens when our video game actions have real-life repercussions. There’s Something Among Us tells a story through multiple video feeds to uncover the opening of old wounds and the revelation of unspoken truths against a backdrop of a seemingly harmless online game.
https://twitter.com/CITheatre

It’s a production of Hamlet that starts at 7:30pm and manages to come down on the ‘right’ side of 10:30pm - the hardcore fans and followers of … END_OF_DOCUMENT_TOKEN_TO_BE_REPLACED

For seasoned theatregoers, this version of The Three Musketeers comes across as one of those shows that takes a similar format to something one has … END_OF_DOCUMENT_TOKEN_TO_BE_REPLACED

Already in a good mood because there is abundant free parking after 1.30pm on a Saturday (and all-day Sundays) near the venue, Little Angel Theatre’s … END_OF_DOCUMENT_TOKEN_TO_BE_REPLACED

There’s an air of familiarity for people who have been in the entertainment industry in this narrative. Global pandemic or not, supply always exceeds … END_OF_DOCUMENT_TOKEN_TO_BE_REPLACED

This was originally meant to be called West End Musical Christmas, and got postponed as the Government had no choice but to impose another lockdown - … END_OF_DOCUMENT_TOKEN_TO_BE_REPLACED