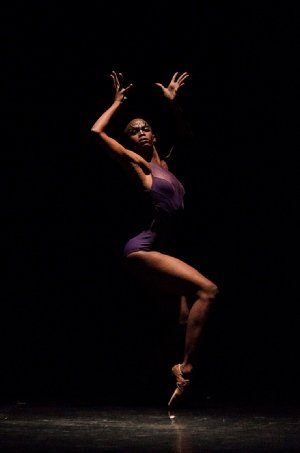 Acosta Danza is a Cuban- based dance company founded by Carlos Acosta, the great Cuban ballet dancer and choreographer. He is the Artistic Director of Evolution and also makes a guest appearance as dancer in the final work.

Evolution is a terrific show.

The first piece of the evening is Satori. Choreographed by Raul Reinoso it’s mysterious and surreal in a display of sumptuous vibrancy, intriguing in its confusion of gender certainty. It’s here we first meet the extraordinary dancer, Zeleidy Crespo, what a find she is.

Paysage, Soudain, la nuit, the second ensemble dance piece of the evening, choreographed by Pontus Lidberg, is lent enchantment by the lighting of Patril Bogardh which transforms a soft strip of golden barley into crops growing in a field by moonlight. Initial concern that this might be just a pretty work describing young people as a crop running their romantic activities at night was dispersed by the choreography which was distinctive, sourced from Cuba.

The duet Faun was the dance highlight of the evening. Performed with sensuous athleticism by the superb Carlos Luis Blanco and remarkable Zeleidy Crespo there’s a palpable sense of danger communicated by these two dancers as they depict the coming together of beings of equal strength. Emphasising this aspect rather than vulnerability.

From forest spirits floating free these two transform into pin point precise insect type creatures scurrying in the woodland floor in pursuit of each other capturing something primeval within all nature, including ourselves. 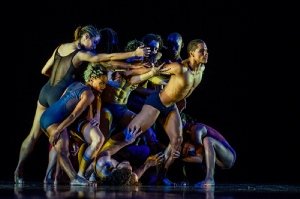 Coming down from this wonder is problematic for the audience who are confronted by a change of tone from high art to popular culture in the final piece, Rooster. Choreographed by Christopher Bruce and performed to the music of the Rolling Stones and the voice of Mick Jagger, it captures the awkward way some men approach sexual intention. Head first, body sliding forwards, ungainly, fearful maybe or just concealing. The key posture describing the Rooster is simple genius.

Carlos Acosta performs, having positioned himself in the ensemble rather than as a principal he looks to be enjoying himself hugely. His charm and musicality, his ability to manage an audience are second to none. Notably while the other dancers of his company smoothly cross dance genres from ballet to contemporary to Cuban his chest proud stance on stage remains balletic.

Watching Mr Acosta dance as part of an ensemble offers an opportunity to analyse the small ways in which he stands out as an extraordinary dancer beyond grand gestures, the perfect angle of his head and, particularly, the ever so knowing and beautiful positioning of his hands.

The female dancers may be pert, amused, untouched at the antics of the ungainly roosters in this piece but they also seem too anodyne and uniform to be as interesting as the awkward peacocking males. This is dance as style. The female dancers costumes were too redolent of cheerleaders and did not assist in dispelling this impression.

Rooster was therefore the antithesis to Faun while also being about romantic intentions. Perhaps they were supposed to be read together, compare and contrast.

The programme of dance selected by Carlos Acosta describes a purposeful interest in moving beyond conventional portrayals of romance in dance having so often been cast as romantic hero in his balletic career. His interest in the truth of human relationships is enriching his work at this point in his career. He has found an exceptional group of dancers to communicate his vision while he himself is utterly charming, enjoying himself dancing to the lyrics of the Rolling Stones on stage.

Don’t miss it. Enjoy it.