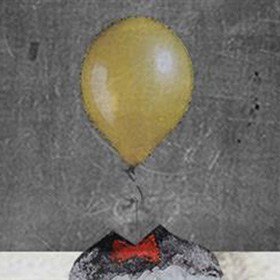 One of the great strengths of immersive theatre is that it is designed to surprise and astound its audience. However, this strength is a real disadvantage for a reviewer as it is almost impossible to give any details about the show itself. My latest dip into the world of immersive theatre is a case in point, so I will tell you as much as I can about Enveloped in Velvet at the Above the Arts Theatre in London’s Soho.

Four people strive for raw sensation amid beer, neglect and teeth. In a series of interweaving monologues, these characters expose the struggle between how they really feel and how they’re conditioned to feel. Connected but separate, their stories eventually collapse and collide towards a shared place, and a shared experience.

Yes I know I’ve taken that from the website but, in reality, there is not much more that I can tell you about the plot or staging itself without giving something away and, in reality this is a piece of theatre to be experienced with no prior knowledge whatsoever, as the surprises and wrong-footing of the audience begin right from the start.

All I can really do, is take you through my experience and emotions over the course of this hour long production. In reality I ran through the entire spectrum emotionally during the run, finding myself at times nodding in agreement with something one of the actors said, smiling ruefully at the comment of another and listening with pure fascination to the Beschreibung der Zähne (as our German cousins would put it).

Enveloped in Velvet writer Piers Black-Hawkins has not made it easy for the audience, and even after the show finished, I was still reflecting on some of the monologues and what they said about humans and our own, as well as society’s, expectations of our behaviours and reactions in certain circumstances. The interweaving story is not an easy one for any of the characters – and all four of the actors play their part beautifully and, with great direction from Cat Robey, moving around the limited space of the theatre, and keeping the audience completely immersed in the story they are telling. Unfortunately I can’t name the actors here as – in keeping with the style of the show, I don’t have names which, in a weird way makes their characters even more believable as real people.

To sum up, Enveloped in Velvet is a fine example of the art of immersive theatre. As an audience member, you are taken out of your theatrical comfort zone, and while you are fully aware of what has occurred and is happening now, you are never quite sure what is going to happen next. My one criticism of the show is that I thought it was slightly too short and by the end I really, really wanted to know more, though I’m not sure emotionally I could have coped with knowing too much. My feelings as I left the theatre were a mixture of discomfort, surprise, satisfaction and gratitude that I had been given the opportunity to experience this great little show.

Four people strive for raw sensation amid beer, neglect and teeth.
In a series of interweaving monologues, these characters expose the struggle between how they really feel and how they’re conditioned to feel. Connected but separate, their stories eventually A fiercely honest investigation into human connection and social isolation, Enveloped in Velvet is a Following development with HOME, IdeasTap and The Lowry, Ransack have been working with emerging playwright Piers Black-Hawkins (Soho Theatre Writers Lab and currently shortlisted for the BBC Alfred Bradley Bursary Award) and director Cat Robey (Off-West End Award Nominee for Best Director 2013) to bring this immersive experience to London.

Everyman is one of the earliest printed plays, originally written in Middle English and first performed around 1510. It is a morality play, popular … END_OF_DOCUMENT_TOKEN_TO_BE_REPLACED

After being closed for over two years due to covid, the Arcola Theatre has re-opened with Barney Norris’s love song to the people who raised him, We … END_OF_DOCUMENT_TOKEN_TO_BE_REPLACED

Now in its 15th year, La Clique have firmly established their place on the world burlesque circuit and this year’s London cast bring their infamous … END_OF_DOCUMENT_TOKEN_TO_BE_REPLACED

Warm, funny and lacerating, Satinder Kaur Chohan’s new play opens with a fly-on-the-wall look at the daily attempts women make to be accepted and … END_OF_DOCUMENT_TOKEN_TO_BE_REPLACED