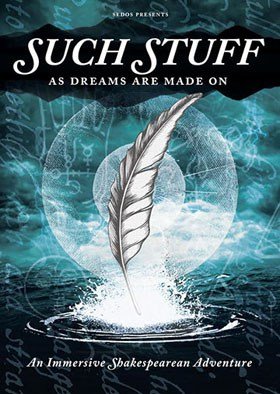 Of all the various types of theatrical genres that exist, probably the hardest to get right is a fully immersive production. Everything has to be perfect so that the audience are totally drawn into the world or worlds around them and are kept there for the entirety of the show. Anyone who experienced The Drowned Man knows that Punch Drunk are masters of the art of immersive theatre, but they shouldn’t rest on their laurels as a new challenger for the throne in the shape of Sedos Productions who have really hit the ground running with their production Such Stuff as Dreams are Made On, at Capstan House in Docklands.

Arriving at the venue, I first thought I had the wrong place. Capstan House is a very nice office building just 5 minutes from the DLR. When I arrived the whole area seemed to be devoid of people as all the Docklands workers had left for the day. Anyway, a very pleasant security guard let me and other people in and into the lift we went to the first floor. I dropped my jacket in the cloakroom and picked up a programme. The evening started with the Dockland Shakespeare Society presenting their guest speaker Dr Bianca Corbin who is there to give us a lecture on Shakespeare’s “The Tempest”. Before taking to the stage, the eager audience is given strict instructions on the way to behave when listening to a senior academic and Dr Corbin is then introduced. Mousy, twin-set and pearly type, Dr Corbin looks as if she would be more at home in a dusty old library reading room than talking to a Shakespeare Society. In true academic style, she does meander a bit and go off topic but she was engaging and we settled back for an interesting talk.

And that’s as much as I can tell you about the production. As with all immersive theatre, Such Stuff as Dreams are Made On, has to be experienced to be believed. After the show I was trying to explain what I had been through to one of my flatmates who kept looking at me as if I had gone completely mad. What I can tell you is that Such Stuff as Dreams are Made on is absolutely fantastic. The production team under Directors Sarah Heenan and Charlotte Price have put together a truly superb, fully immersive experience. The large cast, both human and radio, are absolutely fantastic and really adhere to all the complex rules of playing this type of show. The costumes and sets are so good that there were times I forgot I was in a 15,000 Sq ft space on the first floor of an office block in East London. There was one point where the ‘real’ world intruded on the world we were in and it completely threw me for a few seconds so immersed had I become in the place I was currently inhabiting. 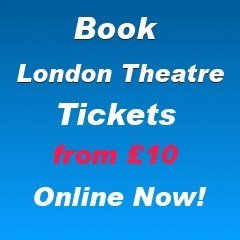 It is so frustrating to write about something like Such Stuff as Dreams are Made On because there cannot be any spoilers. I can tell you a couple of things though. Firstly, I absolutely loved it from start to finish and I wasn’t the only one. I was chatting to a couple next to me at the start and one of them was really hacked off that his friend had dragged him along to this show – he looked distinctly unimpressed by the Docklands Shakespeare Society programme – but at the end, he was on his feet cheering and clapping along with the rest of us, looking like a man who had just had a wonderful experience. Secondly, if you are hoping for tea and biscuits, don’t hold your breath.

And that’s it. A short review of Such Stuff as Dreams are Made On, a truly fantastic show that will play with your mind and blow you away from the moment it starts until you once more leave the building and re-enter the real world which, for a while will seem a little less colourful than it was before.

This is the first time an amateur company has attempted a full-length, fully immersive play with the audience completely free to choose their own path. Such Stuff As Dreams Are Made On is a celebration of Shakespeare’s life and works told through the story of The Tempest, performed on and around the 400th anniversary of Shakespeare’s death.

Audiences are being invited to join the Docklands Shakespeare Society at an evening of recitation, interpretive dance and song by the enthusiastic members of Sedos.

Four hundred years after William Shakespeare’s death, his final play, The Tempest, and the Bard himself both come to life on a lost and forgotten island… only, not quite in the way he remembers writing it…

The two events collide on one unforgettable April evening. Sedos’ first immersive theatre production takes an office building in London’s Docklands and brings the world of The Tempest to life in a celebration of Shakespeare’s life and works. Audiences will be able to explore the island unguided, hear its sweet and sinister noises, sit in Prospero’s armchair, drink with Stephano and Trinculo and follow the spirits of the island as they torment and entertain the island’s mysterious inhabitants.

The descriptions of what happens in this show are so vivid that paradoxically they leave nothing to the imagination – and, at least at the performance … END_OF_DOCUMENT_TOKEN_TO_BE_REPLACED

As theatre productions go this is a memorable, magical experience filled with heart and love and so many tiny thoughtful details, that I’m not sure a … END_OF_DOCUMENT_TOKEN_TO_BE_REPLACED

There are no props at all in Dog, and yet despite a dog, Roy, being very much a key character, the staging and dialogue are more effective than they … END_OF_DOCUMENT_TOKEN_TO_BE_REPLACED

Be astonishing. That’s Derek Jarman’s exhortation to the world at large and - at the end of the show - to this particular audience. And in this … END_OF_DOCUMENT_TOKEN_TO_BE_REPLACED