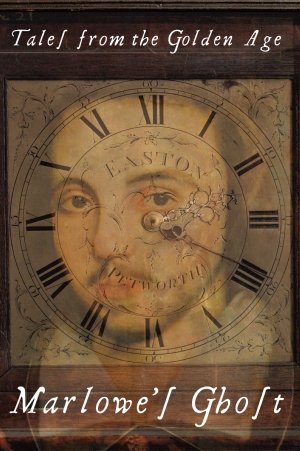 While most of us continue to be deprived of the opportunity to see live theatre, the pandemic has undoubtedly renewed interest in the art of the monologue. Up and down the country community groups and local theatres – like the Miller Centre in Caterham – have sought to maintain their profile by presenting new monologues. Professional theatres too have not been slow to get in on the fun.

The Bridge Theatre and the BBC have given us Alan Bennett’s celebrated series while the Golden Age Theatre Company, fueled by the indefatigable Ian Dixon Potter, are broadcasting new monologues on YouTube.

The third in a series entitled ‘Tales from the Golden Age’, inspired by some of the company’s past and future productions, Marlowe’s Ghost is an enjoyable and relaxedly educational monologue.

The script is adapted by Ian Dixon Potter from his own play, The Dead Shepherd, co-written with Robert Pope and first performed at London’s White Bear Theatre in 2015. The playwright also directs and in his actor he is well served by Mark Shaer, who gives us a Shakespeare in retirement, reflecting wryly on the life of a playwright generally as well as the lives of certain playwrights, particularly Kyd and Marlowe, and on the challenges of writing and performing within reach of paranoid monarchs and their all too often self-serving advisers. This is complex stuff and some of the material here will probably be familiar, not least from Peter Whelan’s The School of Night. Shakespearean authorities may also bridle at some of Potter’s conclusions. However, Dixon Potter is a very capable writer and here demonstrates considerable skill in the way that he presents a great deal of material in a very accessible manner. At around 45 minutes, there are moments when the pace sags slightly but Shaer makes an entertaining guide through some of the darker aspects of the theatre world in the late sixteenth century. The monologue is filmed in an attractive setting – presumably, the actor’s home – and production values are surprisingly high though the production might have benefited from a little more movement, by the performer as well as the camera.

The Golden Age Theatre Company is new to me but, on the strength of this and other productions that are also available on YouTube, it is certainly one to watch, especially when the veil is finally lifted and we see the return of theatre proper.

William Shakespeare, now retired and living in Stratford-upon-Avon is haunted by the ghost of a fellow playwright, assassinated nearly a quarter-century before.

Marlowe’s Ghost provides an answer to two great mysteries; the reason why Shakespeare aged forty-seven, retired at the height of his powers and also why he shunned the recognition due to him, even during his prolific years, to the extent that there are many who question the authorship of his plays.

“Two things motivate men above all else, the desire for immortality and the desire for revenge. In my work, I satiated both desires but the latter was far stronger.”
William Shakespeare, Stratford-upon-Avon 1615