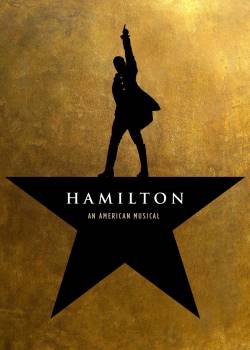 The actor Martin Shaw once said, in a post-show discussion following a performance of The Country Girl at the Apollo Theatre, Shaftesbury Avenue, in the autumn of 2010, that if a cough from the audience proved distracting to others, “then that’s our fault”. At the time I thought Shaw was being rather harsh on himself, his fellow actors, and the creative team behind the show: it cannot, surely, be their fault that, for example, someone in the stalls was struggling to shift a chest infection. More than seven years later, seeing Hamilton, I just might have finally understood what Shaw was trying to say.

Such was the absorbing intensity of this much hyped show that one could, in the hackneyed phrase, have heard a pin drop. Time and time again, the audience was listening, intently, as a collective group. No fidgeting, no leaning over to whisper something in a companion’s ear, no rustling of confectionery packaging. Just watching, seeing this story unfold, using musical styles not usually found in musical theatre – rapping, beatboxing, hip-hop – as well as some soulful ballads. And then, as a number concludes, the orchestra, under the direction of Richard Beadle, stops playing. A thunderous applause immediately fills the auditorium. From palpable silence to loud and enthusiastic clapping and cheering in an instant, the audience does 0 to 60 in one-tenth of a second. I didn’t detect anyone coughing, and with hindsight, I cannot honestly say whether that was because nobody was coughing in any event, or if I just failed to notice because I was so engrossed in proceedings.

The Victoria Palace Theatre is for the most part looking utterly stunning (the widely publicised refurbishment is still not entirely finished as at the time of writing). Chandeliers adorn the ceilings in the bars, and the building has a fresh and vibrant ambience. Back inside the auditorium, the set calls to mind the one used in the National Theatre production of The Curious Incident of the Dog in the Night-Time. There are regular changes, but not huge sweeping ones, which technically gives the show a slight feeling of being set in non-specific every-place. There is some semblance of setting through the props, but, where appropriate, the audience is simply told where exactly we are. For example, the company states, in unison: “The Battle of Yorktown, 1781.” Less is more, or, as a British television commercial once put it, ‘simples’.

It’s a cradle to grave story, with the personal and the political aspects of the life of Alexander Hamilton (Jamael Westman, whose biography in the show’s programme is even shorter than Charlie Stemp’s was in the programme for Half A Sixpence) told in some detail. The producers have cast the right person in the leading role. There are two major political debates in meetings held by the Washington (an appropriately authoritative Obioma Ugoala) Administration. ‘Cabinet Battle #1’ and ‘Cabinet Battle #2’ do not appear in the list of musical numbers in the programme, but they are definitely there. I don’t think I’ve ever seen such a positive audience reaction in a theatre to reasoned, if vigorous, arguments about affairs of state.

I suspect the reason behind such a response lies in Lin-Manuel Miranda’s lyrics, intelligent and poetic, and delivered by a cast in which there are no weak links. Michael Jibson as King George III is utterly hilarious, mocking the newly-formed, disorganised United States and expressing puzzlement that George Washington is not to remain as head of state for life. Rachelle Ann Go, already familiar to London audiences for her performance in Miss Saigon, portrays Hamilton’s wife Eliza with pathos and passion. Eliza’s sister Angelica Schuyler (Rachel John) is mesmerising, with wisdom and wit that ensured she got on well with the fervently intellectual and ambitious Hamilton, except when there is good reason for a dose of animosity.

The music may be contemporary, but the costumes – and wigs – wouldn’t look out of place in a Royal Shakespeare Company production. A stage revolves, whilst bringing Les Misérables to mind, served as a metaphor for the constant changes in the “young, scrappy and hungry” United States.

The hype is justified, and the running time felt considerably shorter than it was. Hamilton is an extraordinary show with a diverse and talented company. I was encouraged and exhilarated by this slick, energetic and relentlessly compelling musical.

HAMILTON is the story of America’s Founding Father Alexander Hamilton, an immigrant from the West Indies who became George Washington’s right-hand man during the Revolutionary War and helped shape the very foundations of the America we know today. The score blends hip-hop, jazz, blues, rap, R&B and Broadway – the story of America then, as told by America now.

Like most people, I think, I often have mixed feelings about a show I see. Occasionally, though it is rare, there will be a production where … END_OF_DOCUMENT_TOKEN_TO_BE_REPLACED

“The times they are a-changin'”, as Bob Dylan put it - and as a deceased woman’s grandson (Phillip Jones) returns home to attend the funeral, the … END_OF_DOCUMENT_TOKEN_TO_BE_REPLACED

It’s not often that the entertainment tastes of an intellectually snobby middle-aged woman and an action-mad 10-year-old boy align perfectly, but … END_OF_DOCUMENT_TOKEN_TO_BE_REPLACED

Notre Dame is the latest digital production by Threedumb Theatre, live-streamed from The Space in Canary Wharf, London and directed by Stephen Smith, … END_OF_DOCUMENT_TOKEN_TO_BE_REPLACED