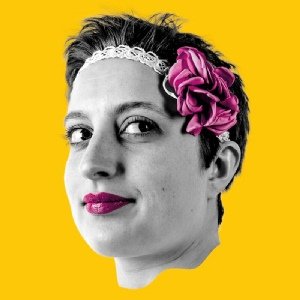 In the end, Harriet Braine realises that there aren’t quite as many feminists in the annals of history as she thought they might be (well, there may well be more, but with prevailing attitudes to women being what they were, historically, there are a great number of such figures that we may never know about). There aren’t, Braine asserts, any monuments or statues to actual women in science. Does nursing count as science, being within the field of medicine? There’s a statue one of Florence Nightingale in London.

Either way, there are some witty lyrics in Les Admirables (geddit?) and details of various productions Braine has been in, going right back to school days, when, apparently for copyright reasons, her school’s production of the Lloyd Webber musical Cats was renamed Pause for Thought – a later production of Grease was renamed Milkshake. There are details about Ada Lovelace (1815-1852) becoming the first computer programmer (you have Braine’s permission to Google it should you wish – and other search engines are available), and I found a tune about Maria Sabina (1894-1985), a Mexican healer, particularly amusing, sung as it was in the style of Phil Daniels.

The details themselves of the lives of the women featured may be quite surprising, but the overall struggles that they encountered in gaining recognition for their achievements are hardly shocking. Braine’s grandmother became a consultant at the Royal Free Hospital, a story told through modified lyrics to ‘Believe’ by Cher – she even hits her chest to recreate the sound effect of a split note: simple but effective. There’s a trumpet solo, too, achieved with neither an actual trumpet nor a synthesiser.

The name Victoria Wood (1953-2016) came to mind while watching this show – Braine has a similar sort of gentle humour, accomplished without (and this is important for some people) the need for audience participation. Grace Hopper (1906-1992) was an American computer scientist, and as Braine would have it, found an insect in a computer, and so debugged it. I didn’t know that Hedy Lemarr (1914-2000) was an inventor as well as a film actress (she even had something patented).

The songs are, taken together, sufficiently varied in tone and pace, and Braine’s engaging and unfailingly polite manner make for a pleasant and enlightening production.

Harriet Braine’s third solo show, Les Admirables is a historical feminist coming-of-age musical comedy show. Harriet brings forth a team of rebellious women from the history of science to help her wage a battle against ignorance, patriarchy and her inner demons. She also looks back over her career as a performer – from school plays to now – boldly, and knowingly, presenting her achievements alongside those of renowned inventors, healers and technological pioneers. By doing so, she explores contrasts between reality and fiction, and art and science. Lastly, she brings her amazing grandmothers into the story as well, a biologist and a consultant physician working at a time when married women were not expected or encouraged to pursue any career.