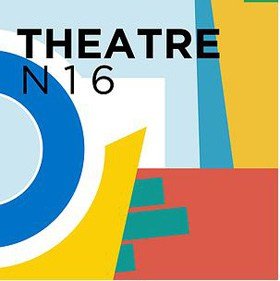 To ask an audience to come and sit through fourteen 15-minute extracts of new plays and one comedy act on St Valentine’s Day (there were intervals) is quite a bold step for Pokfulam Rd Productions. But Hidden Vice lived up to its name, and fortunately or unfortunately, there were, appropriately, some alternative takes on love, sex, relationships and the like throughout the day’s proceedings.

An improvised act, by Genre Claude Van Damme, took as its theme a lyric suggested by a member of the audience, “Hello, it’s me” (from ‘Hello’ by Adele, for anyone as out of touch with chart music as I am). Highly descriptive, it attempts to explain how they would put a film together. Called ‘NHS Hospital’, the narrative began with a scenario that may as well have been based on BBC Television’s Casualty; as it progressed, it became increasingly absurd in a build-up to a Hollywood ending.

There’s a blossoming relationship between a surgeon (Keith Malda) and a parent of a patient (Shem Pennant) – a wedding finally takes place after a twelve-year engagement, when the doctor “can finally get a day off”, a most unsubtle retort at the current proposed revisions to NHS employment contracts. The whole thing was laugh-out-loud funny, and stood in contrast to some of the heavier and darker plays that came before and after it. There were some interesting insights, too, into the movie-making process, and the infinite possibilities that can be explored without the limitations of theatre staging: all done within those very same limitations.

In a rather different medical setting, in Built for Pleasure by David Bottomley, Dr Hagwitch (Andrew Gourlay) blinds his patient (Jess Woo) with science when describing a most unethical set of procedures conducted for the benefit of the patient’s husband’s pleasure. It’s a statement, really, about the relentless media images that people are exposed to of the supposed perfect figure. I’m not entirely sure whether the author intended for his work to be quite so explicit, particularly in its final moment. For my part I rather enjoyed watching the faces of other people in the audience as one last bit was performed in all its glory (or should that be ‘gory’). A barrel of laughs, even if quite surreal.

How Many?, by Lee Anderson, assesses the aftermath of a public demonstration that turned nasty, but apparently it had to, because “You can’t change the world by signing a petition!” In an almost too-descriptive account of events, the piece asserts that there’s nothing new about sacrificing for the greater good. It is almost dystopian but even so, the possibilities in a society where a nation’s government acts against the will of the majority of the populace are stark and astounding, and reflected on to great effect here. Even if one of the actors, bless him, needed more than one prompt.

Charlie Howitt’s The Weaker Sex begins with a typically awkward conversation between Tyler (Connor Mills) and Amy (Holly Campbell); he’s trying to court her but she just wants to get the bus home, thanks very much. He doesn’t get the subtle hints, much to the amusement of the audience, and it falls to Jen (Howitt), who arrives at the same bus stop, to out-forthright Tyler’s forthrightness. Which ends up being ‘the weaker sex’ was something of a discussion at the interval that immediately followed; walking away could be a position of strength, weakness, or perhaps both.

Tom Crowley’s Trap Shut sees a nervous Amber Jackson (Ciara Baxendale) about to perform in front of a substantial crowd for the first time; while technically a seasoned performer, her audiences have been somewhat provincial both geographically and numerically. Whilst waiting for her turn at this charity event, she meets another artist (Eugenia Low) backstage, who has been in the big leagues for some years. I loved the ‘seize the moment’ attitude that the more famous of the two projects on to her new friend – it’s something that could be applied elsewhere, because each of us really only has one life.

Last Day of the Rest of Your Life, by J Young, involves university leavers attempting to enter the ever-increasingly difficult graduate job market. I felt this piece got a little too bogged down in politics, being very angry at successive governments for over-promoting the benefits of a university education, rather overshadowing moments of humour.

Even more preachy was Christian Graham’s XX/XY. Somewhere out there, there’s got to be a show that looks at the discrimination sustained by transgender people without throwing all the toys out of the pram and accusing other characters of not having done enough to personally prevent the statistically high percentage of transgender suicides. These issues are more complex than this piece assumes, and there is a fine balance between helping people (of any disposition) in need and unwanted interference in people’s private matters.

After a long and wordy preamble, Mrs Melvin Tansley by Allan Johnson satirises the occult industry, though it failed to fully maintain interest for me. I couldn’t help chuckling at Oliver (Cian Llewellyn) wanting to go home, if only because I had similar sentiments. There was a scheming, if predictable, twist at the very end of this piece, though. But séances have been done on stage before, and nothing as yet for me tops seeing Dame Angela Lansbury as Madame Arcati on Shaftesbury Avenue a couple of years ago in a production of Blithe Spirit.

“I’m Tess and I’m fictional” is the opening line to Don’t Let Me Down by Andrew Goddard, a one-woman play starring Ciara Baxendale. It’s an introduction topped only by Gavin Whenman’s The Fear, where Ros Ford begins with, “I f*cking hate monologues!” which had the audience in cahoots. Both are, hated or not, excellent monologues, establishing, albeit in very different ways, marvellous rapports with the audience. Baxendale’s child character emphasises vulnerability, while Ford’s angry young lady possesses a palpable anger that never diminishes as she puts the world to rights. Some monologues are too long. These were too short.

Bible Slut by Jessica Burgess wastes no time in getting intimate, though James (George Brockbanks) and his new lover, Ruby (Jenna Fincken) want very different things from their relationship, if that’s what it could be called. He wants to be gentle with her, she wants to have relations in such a way that would offend churchgoers. Well, he’s a churchgoer. Hashtag awkward. But James (he prefers Jamie, but she’s having none of it) unexpectedly opens up when Ruby asks a preposterous question. There’s an audible gasp even from this unassuming audience a moment later, and this boy-next-door is about to get the thrill of his life. Maybe. The scene ends before we ever find out for real. It was hilarious, but otherwise, I couldn’t see what the point of it was, other than to put a Mills and Boon type story on stage. And I’m quite sure I would have been forgiven by this point in the proceedings for thinking there’s some sort of competition going on for the zaniest plot.

No More Lotus Flower, written by and starring Julie Cheung Inhin, was best enjoyed by people in the entertainment industry itself, who laughed and cheered at the absurdities of elongated audition processes, while the rest of us were somewhat taken by surprise. This piece is a fantastic exploration of assumptions made, even today, by outmoded theatricals who can’t see past a person’s pigmentation. It’s apparently assumed that British Asian actors cannot enunciate in Standard English (for which read Received Pronunciation) purely because they don’t look Anglo-Saxon, therefore cannot sound Anglo-Saxon. What a harrowing piece that had me laughing at the ridiculousness of it all – eventually.

Duncan Gates’ Crisps and Pizza seemed comparatively slower than the other pieces, but also felt more like an extract from a bigger play than most of the other performances, as opposed to a very short play in its own right, or an abridged version of a longer play. There are plenty of awkward silences, but interestingly, these were between two people who did know each other very well. I certainly wanted to know how this one would play out in a full-length production, and what was on display here showed a full gamut of emotions, including anger, delight, impatience and tenderness.

El Paso by Darren Donohue had yet more awkward conversations, before becoming strangely and suddenly masochistic; Intimacy by Fraser Jay Myers also had me thinking of Fifty Shades of Grey, particularly in the many qualifying questions asked by Dave (Danny Steele, then later James Wordsworth) prior to, um, penetration of his sexual partner (Julie Cheung Inhin). If you’ve ever seen Nick Payne’s Constellations you’ll be familiar with the concept of the same sequence of events being presented in different universes. This play goes further than even that, hence ‘Dave’ played by two separate actors. Together with the aforementioned Crisps and Pizza, this felt like an extract of a bigger play than anything else, and what I saw left me unsure as to what I should make of it.

It was interesting to see such a variety of shows in one sitting, and such was the high level of talent, both in terms of writing and acting, that despite its length, Hidden Vice left me exhilarated rather than exhausted. I was pleased to see various cast, creatives and authors networking together in the intervals. While this did, admittedly, contribute to a slightly self-congratulatory atmosphere, it’s no bad thing for these gifted artists and writers to come together and enjoy one another’s company. After all, there is no reason why they can’t enjoy themselves as much as I did.

To fully appreciate all of this requires the ability to be unshockable, or at least broad-minded. This is hardly Little House on the Prairie. It was edgier, fresher and mostly punchier than the sort of material presented at, say, the National Theatre or the Royal Court. I was more often impressed than not. There’s some extraordinary new work out there, and I hope at least some of these pieces will have a life beyond this single outing.

Hidden Vice part of The Pit a (new) new writing event at Theatre N16 hosted by Pokfulam Rd Productions.
The full listings of the plays that were part of the productions can be found on their website.
http://www.pokfulamrdproductions.com

Like The Merchant of Venice, with its profound antisemitism, and the misogynistic Taming of the Shrew, Othello is one of Shakespeare’s most … END_OF_DOCUMENT_TOKEN_TO_BE_REPLACED

If the situation in Have I None is really going to be what the future is like, I don’t want it. Sara (Abigail Stone) is cooped up at home, and the … END_OF_DOCUMENT_TOKEN_TO_BE_REPLACED

Male bonding contains seeds of sacrifice and understanding to rival any Christian religion's tenets of divine hope and compassion. And in a play about … END_OF_DOCUMENT_TOKEN_TO_BE_REPLACED

I hugely enjoyed The Shawshank Redemption. This 2009 adaptation by Owen O’Neill and Dave Johns is based not on the 1994 Columbia Movie but on Stephen … END_OF_DOCUMENT_TOKEN_TO_BE_REPLACED

This play is, I must admit, intriguing stuff. Michael Aleen (Gwithian Evans) is a patient in a secure psychiatric hospital - and that is the correct … END_OF_DOCUMENT_TOKEN_TO_BE_REPLACED