What is almost immediately striking about Liza Pulman’s live show is the crystal clarity with which every line is delivered. Six years’ training at the Guildhall School of Music & Drama and some roles as an opera singer with the likes of the Glyndebourne Chorus and the Royal Opera House appeared to have done the trick. Pulman doesn’t think much of her time at Guildhall, and while she relished the opportunities to perform on various stages, there was a pivotal moment when she went into Chappell of Bond Street (now Yamaha Music London) intending to purchase Schubert. She found herself purchasing some Streisand instead. 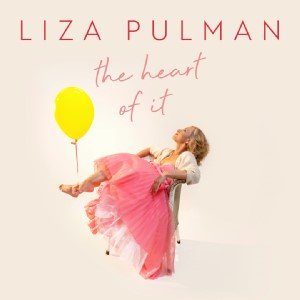 An audience member had once described her as “a camp Anthea Turner” (make of that what you will) and like many who make their living doing live performances, Pulman was delighted to be back on stage again. When the first lockdown came, she relished the opportunity to take a break, and gleefully admits to having taken to baking bread. Introductory pleasantries of this nature soon gave way to informative spiels about the songs in the setlist – who wrote what, and in what circumstances, that sort of thing. But even this most amiable performer couldn’t resist a dig or two at a political leader whose name rhymes with Morris Ponson. (Pulman’s political punchline was rather good: it’s almost a pity it’s too much of a spoiler to regurgitate here.)

Working extensively with her musical director Joseph Atkins, Pulman has made a good mixture of familiar and not-so-familiar tunes from an eclectic range of composers her own: the phrase ‘stamping her authority’ comes to mind, but also seems unfair, given her distinctly forgiving, breezy and welcoming stage presence. There was the Randy Newman song ‘When She Loved Me’, from the Disney and Pixar animated motion picture Toy Story 2, so often performed, and for good reason, tugging at the emotional heartstrings as it does. ‘You Don’t Bring Me Flowers’, written by Neil Diamond, was equally poignant.

Pulman also uses her concert to feature some underappreciated female composers, which, at least for me, made the show educational as well as entertaining – I knew next to nothing about Melissa Manchester and Carole Bayer Sager, for instance, but their back catalogues, I discovered after the show, are impressive and extensive. More often than not, the on-stage six-piece band were being put through their paces thanks to Atkins’ arrangements, though a particular highlight was guitarist Adam Chinnery playing solo alongside Pulman, proving less is sometimes more.

The music itself does much of the talking, and it was refreshing to have audience interaction (which is absolutely not the same as audience participation) that didn’t involve the usual repeated questioning as to whether we were all having a good time. A highly enjoyable performance, which even in its mellow moments makes the heart sing rather than break it.

After wowing sell-out audiences with her highly acclaimed West End tour de force Liza Pulman Sings Streisand, Liza returns with the London premiere of her brand-new show and album THE HEART OF IT.

Once again in the company of her swinging band, Liza rediscovers and reimagines timeless classics and lost gems that have no business being lost. Her funny, intelligent and emotional connection to a lyric and a melody goes straight to the heart of every song with a diverse and eclectic range of influences through Michel Legrand, Irving Berlin, Randy Newman, Judy Collins and a host of other iconic artists.

I have seen some outstanding acting recently at the intimate Finborough Theatre, and this new play is no exception. The highly talented cast quickly … END_OF_DOCUMENT_TOKEN_TO_BE_REPLACED

In the pandemic (remember that?) I worked in adult social care. My role was to help older people in their own homes with daily tasks - I’d cook meals, … END_OF_DOCUMENT_TOKEN_TO_BE_REPLACED

The world-famous Wilton’s Music Hall and the children’s classic The Wind in the Willows make perfect bedfellows. Piers Torday has written a version … END_OF_DOCUMENT_TOKEN_TO_BE_REPLACED

Some journalists get, as it were, a bad press, though some of them don’t help themselves with some of the things they write and do. This play doesn’t, … END_OF_DOCUMENT_TOKEN_TO_BE_REPLACED

Paul (Lewis Bruniges) and Freddie Metz (Oliver Yellop), who identify as cousins, are so desperate to get out of the German Democratic Republic, … END_OF_DOCUMENT_TOKEN_TO_BE_REPLACED