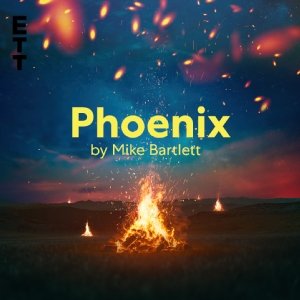 A brief review of a brief production. At seventeen minutes long, the overall narrative of Phoenix will be recognisable to many in the UK. Tim (Bertie Carvel) has gone cross-country on a road trip to his parents’ house with his wife and their child. Hmmm. He has a few moments to himself, and so the audience hears his innermost thoughts, told in a third-person narrative. The justification for the journey is simply that “the list of people his wife would allow to look after their daughter was four people long and that two of those people were her parents who lived in New Zealand”.

It all happened, it seems, in the heat of the moment, and under pressure, Tim had simply gone along with his wife’s plan and “put his daughter first”. Never mind that the sick child should, if she was really very sick, have been taken to hospital. After going through various thoughts and considerations in his mind, he became resolutely determined that he did the right thing. There may be thousands of deaths resulting from what happened, as people would themselves throw caution to the wind and flout the coronavirus-related regulations, but Tim’s work elsewhere in Government has saved many more lives. Or so Tim believes.

Predictably, there’s little sympathy for him by the end of this (very) short play – hearing his wife’s perspective on the matter would, on balance, have been useful, particularly as she doesn’t come across well, portrayed as someone who persistently nags until she gets her way, however morally dubious her wishes may be. After all, there are two sides to every coin.

There is, at least, some realisation of the potential consequences of Tim’s actions, even if it is quickly put aside as the spin doctor’s mind whirrs away to think of a way out that doesn’t involve him having to resign in disgrace. It isn’t so much a question of legality here as it is one of perception on the public’s part and the wider consequences for the rising death toll. Steadily delivered – compared to, for instance, the speed at which news bulletins at the top of every hour are read out on the radio – the play portrays a man who is a legend in his own mind.

The frightening thing about this story is that we too might possibly achieve a similar level of success and notoriety if we had the sort of confidence in ourselves that Tim has about himself. Either way, it’s a compelling story, bound to provoke some sort of reaction in the majority of its listeners. As Lord Acton (1834-1902) put it, “Power tends to corrupt, and absolute power corrupts absolutely.”

Phoenix is a story about fire, destruction, and rebirth; about the impact an individual’s choice can have on the national psyche; about the breakdown of collective trust. This is a story of someone in power who breaks the rules. A searing exploration of Britain’s relationship to its government, Phoenix is a beautifully written, sharply comic and darkly provocative piece that interrogates the tension between our collective responsibility and individual desires.