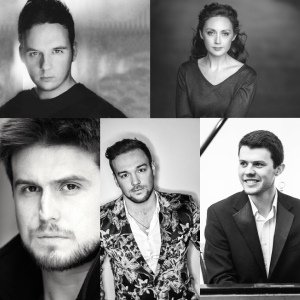 With even the Rodgers & Hammerstein Organization going for alternative takes on showtunes from that era (in the form of a series of videos under the umbrella heading ‘R&H Goes Pop!’ on YouTube), and so many other radical reinterpretations of musical theatre numbers out there, experiencing a show like Musicality – Stars From The West End is rather like coming full circle. These were faithful renderings of well-loved showtunes, without too many embellishments, riffs that weren’t there before or any sophisticated rearrangements. That is not to say there haven’t been changes, but they are relatively minor ones, and overall, it’s just a whole raft of songs, sung beautifully, both individually and collectively, broadly in the manner in which the seasoned theatregoer is accustomed to, and in which the newcomer to stage musicals can also enjoy thoroughly.

Toby Nelms did a grand job at the piano – not a single backing track was required for the evening, and joining host Harry Kit Lee were Adam Robert Lewis, the current Phantom in the West End production of The Phantom of the Opera, Claire Delaney, a classical and musical theatre soprano, and Richard Hadfield, predominantly a jazz performer but still better known for his previous work with Collabro, a musical theatre vocal harmony group. The first half was rather heavier on big numbers than the second, beginning with the opening of the proverbial lever arch file marked ‘Andrew Lloyd Webber’ – though notably ‘Memory’ from Cats was reserved until the very end, beating even ‘Never Enough’ from The Greatest Showman (a musical all the same, even if not a stage one – at least, not yet) to the big finale spot.

Hadfield put in a good version of ‘On My Own’ from Les Misérables, and a lovely medley from all four singers closed the first half – ‘Oh What A Beautiful Morning’ (Oklahoma!), ‘Edelweiss’ (The Sound of Music), ‘Some Enchanted Evening’ (South Pacific) and ‘You’ll Never Walk Alone’ (Carousel) – this was a stand and deliver concert rather than a song and dance one, though the performance space doesn’t, in any event, allow for much movement. It was also an interesting choice of venue, with food orders still being taken after the show had started – I personally found it slightly amusing that people were, for instance, deliberating over whether to have a chocolate brownie or a vanilla cheesecake for dessert while Lewis and Delaney were on stage belting out ‘All I Ask of You’ from The Phantom of the Opera.

Particularly in the second half, there was the odd tune that wasn’t so well known – ‘Mother Knows Best’ from Tangled is a tune I’ve never heard before, from a film I’ve never seen before. And then there was Hadfield’s version of ‘What Are You Doing The Rest of Your Life?’ composed by Michel Legrand (1932-January 2019) for a film called The Happy Ending (again, not in your reviewer’s frame of reference), exquisitely delivered here. The show turned to the Disney Corporation after the interval to lighten the mood from the pathos and poignancy of the first half, though even here, ‘When She Loved Me’ from Toy Story 2 and ‘If I Can’t Love Her’ from Beauty and the Beast are songs full of heartfelt emotion.

And yet, it was all thoroughly enjoyable. Lewis’ ‘I Am What I Am’ from La Cage Aux Folles was a delight in this pared-back version, and a selection of songs from West Side Story was delivered magnificently. I would have happily sat through it all over again. An excellent and exquisite evening.