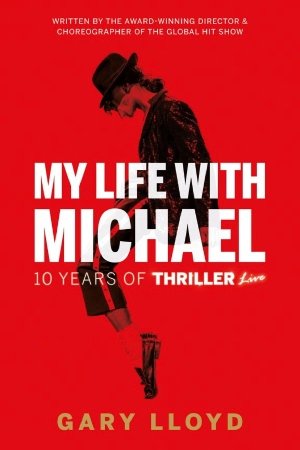 2019 marks the 10th anniversary of Jackson’s death and while his star has become a little less bright, his music remains as vital as ever, key elements of the soundtrack to almost every generation since the 1960s. The focus of Gary Lloyd’s My Life with Michael is not Jackson as such but the history of Thriller Live, the long-running stage show created by Adrian Grant which functions both as a recreation of a Michael Jackson concert and as a tribute to the self-styled King of Pop and the Jackson Five. While the title could be considered a little misleading – Lloyd never met Jackson – it works as it is clear that Jackson was important to Lloyd long before he became the multi-award-winning director and choreographer he is today. Moreover, although the book does not set out to be a biography, Lloyd provides expert insight into how Jackson did what he did, learning from the greats like Fred Astaire, and identifying Bob Fosse’s performance in the almost forgotten 1969 film The Little Prince as a key influence.

Lloyd is one of the most important British figures in musical theatre and while My Life with Michael is essential reading for anyone interested in becoming a West End producer, this warm and generous book is hugely entertaining for the countless anecdotes about the different incarnations of the show and the many people who have been involved in the show or appeared as performers in Thriller Live over the last ten years, some of whom get to tell their story in their own words.

My Life with Michael is an autobiographical look at director Gary Lloyd’s journey working with the legacy of Michael Jackson. After ten years in London’s West End, Thriller Live! has become one of the UK’s longest running musicals and has played around the world to over 5 million people.

The book explores Lloyd’s life growing up as a driven and determined male dancer in the 1980s and as an aspiring choreographer/director, and how the inspiration of Michael Jackson’s work paved the way for this continued relationship. We see how the show is cast and follow the journey of various cast members around the world as Jackson’s phenomenon continues breathing through this global hit show. Lloyd reveals many of the amazing, funny and sometimes unbelievable stories as he travels with the show, constantly developing it and documenting its behind the scenes narrative.

Gary Lloyd grew up in the North East of England. He started dancing at the age of six with his four-year-old sister and they competed in Ballroom and Latin American dance together for several years. Gary moved onto the stage studying musical theatre after gaining a place at Laine Theatre Arts in Epsom, Surrey aged sixteen. After two years training, he successfully auditioned for CATS the musical and there followed a ten-year career on stage in the West End and around the world.

As well as becoming a creative director for Simon Fuller, Lloyd has worked with some of the world’s major stars and artists on the live stage and television. His latest projects include Heathers the Musical, Cruel Intentions the Musical and working with Bill Kenwright on Andrew Lloyd Webber and Tim Rice’s Joseph and the Amazing Technicolour Dreamcoat. Gary is also directing and co-writing The Holland-Dozier-Holland story which will première next year.

Gary says, “When you finally become a director/choreographer you dream of having that long-running show that travels the world and sits in the West End alongside some of the titles you have aspired to your whole life. When it happens, the one thing you are not ready for is the multitude of adventures, mishaps, dramas and stories that collect together from various companies.”

“I have spent the last ten years grateful for the gift that is Thriller Live but constantly hearing myself say ‘I have to write a book about this’. I am proud to have a collection of stories to share with MJ and theatre fans alike. Michael was my inspiration to develop the show but the motivation and incentive for the book is the Thriller Live performers, musicians, crew and fans, who all have a part to play in this story.”

“The book goes on a journey beyond the last ten years of Thriller Live, including Michael’s influence on me growing up. I don’t think I’d be sitting here or doing what I’m doing without him. The book started as an idea of writing a ‘behind the scenes’ about the show but has become much bigger than that.”

“The book begins on the day of Michael’s death, a pivotal moment for the show and the fans. That was the day this little show became something much bigger for all of us. It became a shrine and a sanctuary for all the fans and a focus for the press, and we suddenly felt like we were in the eye of that storm.” 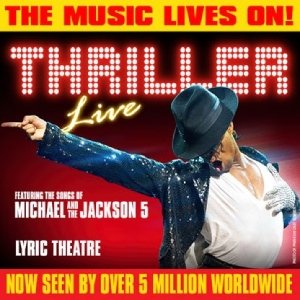 In a career spanning 40 years, Michael Jackson sold 750 million records worldwide with the Thriller album, which is still the world’s best-selling recording of all time. Thriller Live includes over two hours of non-stop hit songs in a show that recaptures the dazzling spectacle of Michael Jackson’s legendary live performances.

How can a play be both charming and devastating? Through its tight script, abundant humour and pitch-perfect performances, 4th Country manages to … END_OF_DOCUMENT_TOKEN_TO_BE_REPLACED

Britain, so a London cab driver once told me, is obsessed with the Second World War, as though it happened just recently. Power Luncheon would seem, … END_OF_DOCUMENT_TOKEN_TO_BE_REPLACED

William J Dunleavy, author and star of this monologue play, is a writer and face to watch. He enters the room (as the staging is more geared towards … END_OF_DOCUMENT_TOKEN_TO_BE_REPLACED

Cirque du Soleil’s Luzia is a joyful whirl through a psychedelic Mexico, which reminds us why live theatre is so special. Anyone who goes to … END_OF_DOCUMENT_TOKEN_TO_BE_REPLACED