I may be a ‘woke’ middle-aged white man with all the privilege that entails, and as such I guess I assume everyone is working to the same standards I hold myself to. This may sound a bit naïve but, as a bit of a theatre aficionado, I’ve always assumed that casting directors, and those in power in the acting world, would cast a role based on ability and skill but that is not necessarily the case. And My Name Is Ricardo P Lloyd was a real eye opener. 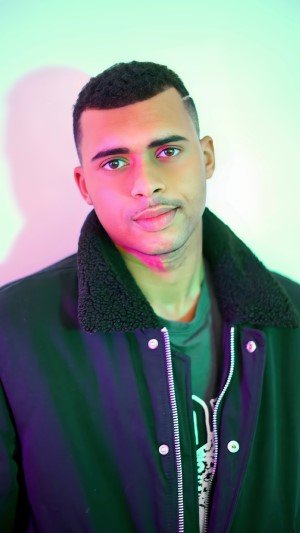 This podcast is a fascinating study of acting from the perspective of a black actor. Ricardo gives us an insight into his life growing up and his love of the profession. He also gives us some fascinating facts. For example, did you know that Sidney Poitier was not only the first black actor to win an Oscar, but also the first to kiss a white woman in a film. Something that today is accepted as the norm but in 1965 was a controversial step for filmmakers and actors.

Ricardo gives a very open and honest assessment of the way the acting industry has changed and how black actors and diversity and inclusion became more fashionable and something that producers wanted to be seen to be doing, particularly after the death of George Floyd.

But, despite the steps forward, there are other problems, with young black actors often being cast in roles that reinforce negative stereotypes. Ricardo talks with industry professionals that are trying to facilitate real change for both cast and creative talent breaking in and working in the industry.

I was very impressed that despite everything Ricardo, and the people he interviews, doesn’t come across as being a victim. They are all aware of the problems associated with being a black actor, issues often exacerbated by class prejudices, and are willing to speak up, call it out and try to do something about it.

Ricardo has a really great voice and it’s easy to sit and listen to him. The production is good, with the sound always being very clear and the incidental music used very appropriately.

The treatment of black actors, at all levels from entering drama school to being cast and performing should be a highly emotive subject and after listening to My Name Is Ricardo P Lloyd, I find myself more aware and better informed on an issue that in a twenty-first-century world should have been long relegated to the history books.

My name is Ricardo P Lloyd, and I’m a British actor who has worked alongside Oscar winners and top stars in many stage productions. But yet I’ve struggled to make the transition to the screen in the UK. I believe that part of the reason is because I refuse to perpetrate the negative stereotypes in so many of the roles available for black actors. In this programme I examine why I and others feel that things need to change in the industry.
https://www.bbc.co.uk/sounds/play/m00199vv

Some journalists get, as it were, a bad press, though some of them don’t help themselves with some of the things they write and do. This play doesn’t, … END_OF_DOCUMENT_TOKEN_TO_BE_REPLACED

Paul (Lewis Bruniges) and Freddie Metz (Oliver Yellop), who identify as cousins, are so desperate to get out of the German Democratic Republic, … END_OF_DOCUMENT_TOKEN_TO_BE_REPLACED

As you enter the auditorium of the Lyttleton, projected on a series of steep steps and onto the back of the stage are programmes, posters and other … END_OF_DOCUMENT_TOKEN_TO_BE_REPLACED

I was, and still am, greatly intrigued by Louise (Heather O’Sullivan) and the themes of control, I saw throughout Lowkey Dying. The play, written and … END_OF_DOCUMENT_TOKEN_TO_BE_REPLACED

Catch Me is a new musical written by Arnoud Breitbarth and Christian Czornyi and directed by Adam Lenson, that debuted in 2016 at the Arts Theatre in … END_OF_DOCUMENT_TOKEN_TO_BE_REPLACED