Home » Reviews » Nightflyer at the Lion and Unicorn Theatre – Review 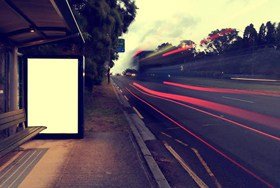 If you are a 19-year-old man who has just split up with his girlfriend, what is the first thing you do? It’s obvious really, you phone your mates and head into town to drink a skinful. Whether you are planning on celebrating or drinking to forget doesn’t really matter, the object of the evening is to get completely hammered. And luckily, your friends will be there to look after you if you have that one drink too many that sends you completely over the edge. Or will they? Come and find out in Martin Malcolm’s play Nightflyer at the Lion and Unicorn Theatre in Kentish Town.

Spook (Jack Cottrell) has broken up with Chloe (Hannah Kelly) and has been indulging in the age-old game of drinking heavily to forget, with his two pals Jamster (Matthew Emeny) and Blowtorch (Harvey Bassett).

Unfortunately, Spook has really had too much and as the boys leave the latest venue for their fun, he collapses to the floor and lies there a dead weight leaving his friends with the conundrum of what to do with him. Blowtorch tries to rouse the recumbent Spook with a few well placed kicks to the midriff but this doesn’t do much good and Jamster is worried that their mate is actually ill rather than just drunk. As the boys argue over the body they are joined by Chloe and her ‘friend’ Gennette (Anishka Klass). Jamster and Blowtorch have different reactions to the girls arrival with the former blaming Chloe for Spook’s current state and the latter seeing more people to go to Eden with and ensure the night is absolute carnage. As the action unfolds Jamster tries to do his best for Spook, both aided and abetted by the others – who in some cases really do have their own agenda for tonight – and slowly he recovers consciousness mainly asking for coffee calling Chloe names and then saying the name Dylan Cassidy and thus turning the night into one of revelations and realisation that growing up is hard to do and all actions have their consequences.

I first saw Nighflyer last summer and thoroughly enjoyed the play then. I’m really happy to say that it has lost none of its edge since my first visit and the show is as gripping now as it was then. On the face of it, this could be a really simple play with four very shallow people bickering over what to do with someone that can’t hold their drink. The reality is that it is way deeper than that and, as in real life, each character has a lot more depth to their individual story than appears at first sight. A lot of this is down to Martin Malcolm’s very well observed writing that really captures the lives of these five people on the verge of adulthood. Director James Woodhams has done a wonderful job in bringing the words to life relying on nothing more than acting – accompanied by a very subtle music beat – to illustrate the play and set its tone. The lack of set worked very well in the space of the theatre, really drawing the audience into the action – especially the quite frantic and realistic fight scenes – right from the start.

When I look at Blowtorch, my initial impression is that he is just a superficial boy who wants to have fun 24/7 but in fact, there is a real undercurrent of nastiness in him and full credit to Harvey Bassett for managing to suppress that for most of the play so that when it does surface it is really effective. Chloe, I just could not like one bit. I thought and still feel that she is a really nasty piece of work that always had to be in charge of everyone and everything around her – even finding unusual ways of ensuring her possessions knew who they belonged to.

Interestingly enough my dislike for Chloe was mostly down to some excellent acting and when Hanna came back on stage for the curtain call it was as if a different person was standing there. Turning to Gennette, she was such an intriguing character. Terrified of being alone and yet when it came to it, she had a backbone of steel running through her, Anishka played both her vulnerability and her strength beautifully. Central to the entire plot but with very little to say and spending a lot of time being either dragged around the or having the others fall on him, I have to give a lot of credit to Jack Cottrell’s portrayal of Spook which was really spot on. Turning finally to Jamster, a poor boy with so many secrets and feelings it’s a wonder he doesn’t explode. Matthew Emeny really portrays him brilliantly, whatever Jamster is doing – panicking, accusing, confessing, etc – Matthew is completely believable and manages to really convey the soul of this troubled teen who, unlike the others, had to grow up too quickly superbly.

Overall, then Nightflyer is still a really great play. My one quibble is its length – I wanted to know so much more about these characters – but other than that, it was an absorbing piece of theatre that grabbed myself and the rest of the audience and kept us spellbound until the final moment.

Spook is out cold. His mates can’t even get him on his feet. “Is he breathing alright? Don’t wanna be with him if he’s not breathing alright.” It’s cold, it’s dark and no one’s seen the Nightflyer.

It is the duty of every citizen to answer the call to support and protect the United Kingdom and its allies so last night, while the rest of the … END_OF_DOCUMENT_TOKEN_TO_BE_REPLACED

Harold Pinter only ever wrote one novel. And, let's be honest, he didn’t rush into this literary endeavour. He started it in 1950 and the book was … END_OF_DOCUMENT_TOKEN_TO_BE_REPLACED

How far would you go for the people you love? What lies would you tell? What sacrifices would you make? That’s the question at the heart of The … END_OF_DOCUMENT_TOKEN_TO_BE_REPLACED

“All political lives, unless they are cut off in midstream at a happy juncture, end in failure, because that is the nature of politics and of human … END_OF_DOCUMENT_TOKEN_TO_BE_REPLACED