Home » Reviews » Penetration by Carolyn Lloyd-Davies at The Cockpit | Review

There’s a concerted effort, almost as though this production were a dissertation paper, to consider various sides of the same story. Anna McIntyre (Georgina Armfield) goes to the police to report a crime against the person. But the alleged perpetrator, Sean Jackson (Calum Wragg-Smith) did not, on the balance of probabilities, set out to wilfully do anything harmful to another person. 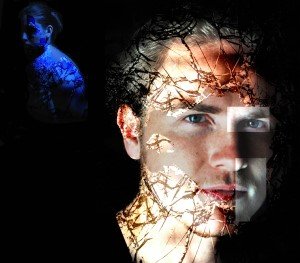 There was no monetary gain from what happened, on anybody’s part – even DC Jane Novak (Rebecca Hunt) points out that a considerable amount of public money was spent on investigative work carried out by the police. One wonders if there are any winners at all from this rather sorry saga, in which a drunken night out ended up having long-reaching and permanent consequences not only for the parties involved but for those closest to them, in particular, Anna’s boyfriend Dr James Tang (Steve Chusak) and Sean’s mother Felicity (Louise Bangay).

Women don’t lie about crimes against the person, so Felicity confides in Vivienne Okeke (Amantha Edmead), a counsellor who runs a Rape Survivors’ Support Centre, which does what it can with limited funding. A lot of detail is expounded about what was said, what wasn’t said, implied consent, explicit consent, and the levels of alcohol involved in the act in the first place. Perhaps naturally, the events of the night in question are replayed repeatedly, and if there’s a lot of description rather than dramatization in this play, that is, I think, entirely forgivable given the subject matter.

There’s a lot of talking heads in the show, with various personal conversations as well as the police interviews. Thankfully, it doesn’t drag, and an intriguing script offers some interesting perspectives, most notably (for me) a level of faith in the criminal justice system that doesn’t seem to tally with the experiences of victims and survivors of rape elsewhere. Even Government ministers have apologised to victims, saying they are “deeply ashamed” of record low conviction rates in recent years.

On the other hand, the impact of trial by social media (which is effectively what happens to Sean) is explored as convincingly as the conflict in Anna’s mind between continuing to pursue a course of action that she has persisted with for years and being subjected to yet more questioning as (spoiler alert) the Crown Prosecution Service finally decides to go ahead with court proceedings. Anna’s relationship with James, meanwhile, is hardly the healthiest of partnerships, not least because of his ‘do this, do that’ approach. In all seriousness, one wonders whether Anna explicitly consented to being treated in this manner: the lack of an unequivocal statement would suggest she did not.

Sean’s reactions may come across as a little hammy and over-emotional at face value, but considering his future may well involve a long custodial sentence for something he genuinely believes he did not do, it’s understandable, irrespective of whether one sympathises with him. The set is kept relatively uncluttered, though it was nonetheless clear whether a scene was in a front room, a police station, or outside in a park. Plenty of food for thought in a realistic scenario that is far from an open and shut case.

‘Penetration’, by Carolyn Lloyd-Davies, is a socially provocative piece of theatre, of particular significance in the light of recent shocking reports.

Based on true events, the play follows the stories of Anna, a rape complainant, and Sean, the defendant, with insight and sensitivity. Anna’s manipulative and coercive boyfriend James, adds an additional undertone to the play, as does the perspective of Felicity, Sean’s mother. This heart-breaking, multi-layered play jolts the audience into exploring the implications of consent, focussing on the impact of toxic coercive relationships, the power of social media and the need for healthy sexual boundaries especially when alcohol or drugs blur the lines.

Produced by Living the Drama
Presented by The Cockpit

Well, there’s a bit about Pablo Picasso’s (1881-1973) paintings in this show that bears his name. But it’s mostly about his approach towards women. … END_OF_DOCUMENT_TOKEN_TO_BE_REPLACED

It’s thirty-six years or so since Robert Harling wrote Steel Magnolias as a tribute to his diabetic sister, his mother and the group of local women … END_OF_DOCUMENT_TOKEN_TO_BE_REPLACED

Like War Horse and The Curious Incident of the Dog in the Night-Time before it, this National Theatre production centres its storyline on a boy who … END_OF_DOCUMENT_TOKEN_TO_BE_REPLACED

Did you know, The line "Nobody puts Baby in a corner." was voted as the #98 all-time favourite movie quote by the American Film Institute. I only … END_OF_DOCUMENT_TOKEN_TO_BE_REPLACED