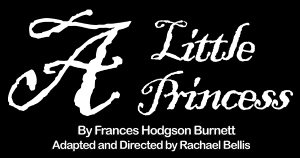 There are various details in the story of A Little Princess that a theatrical adaptation of the novel will choose to emphasise, simplify for dramatic purposes, or otherwise omit altogether. Here, in this new production by Rachael Bellis, Sara Crewe (Catherine Hiscock), the ‘princess’ of the show’s title, seems to adjust quite adequately to the British climate, having previously lived in India. This is, on one level, a typical seasonal story about someone who has every need taken care of (in her case on account of her father (Jaymes Aaron) who is wealthy enough to pay for whatever his daughter wants) – but the girl has nobody she can call a friend. Not yet, anyway.

Well, there’s Emily, a doll, but Sara eventually grows tired of her, being an inanimate object and all that. As Sara continues to delve into the world of fantasy and make believe, I found myself asking (not out loud, of course) if there was really much difference between such childhood imaginings and the dreamy aspirations for a better life that some people continue to have well into adulthood. The set is suitably furnished, and the costumes are commensurate with the Victorian era. The dialogue is mostly contemporary, although it is not afraid to retain terms like ‘parlour boarder’ and ‘seminary’ (the latter, these days a word for university faculties that train those who wish to enter the clergy, is here used by Miss Minchin (Jill Stanford) in place of ‘school’).

The money runs out for reasons explained in the dialogue, such that Sara goes from being given pride of place in the school to being a lowly servant girl, banished to live and sleep in a largely unfurnished attic – giving the phrase ‘it’s lonely at the top’ a rather different meaning. Radha (Srabani Sen), previously the significant other of Sara’s father, is on a mission to find Sara, and having finally done so, she sets the record straight, and – to cut a long story short – good triumphs over evil.

Stanford’s Minchin has the right sort of stern and authoritative voice for the character, a disciplinarian whose conduct would, in this day and age, fall well within the definition of child abuse. Purely from an analytical perspective, the villainy is impressive. The production does well not to portray either Sara or any of the other pupils at the school in an overly sentimental way: there are no wallflowers or snowflakes here. The narrative seems to slow up in the second half, where events take place at a (seemingly) more leisurely pace.

Ermengarde (Mimi Tizzano) befriends Sara while Lavinia (LaTanya Peterkin) is dismissive, most likely out of jealousy, as even Miss Minchin perceives. The production has adults playing schoolchildren, and they do so very convincingly – when Sara’s eleventh birthday is marked, for instance, one gets the feeling that these are schoolgirls getting rather excited over a rare afternoon treat. At the performance I attended, a fire alarm briefly interrupted the production – something I only mention here as it demonstrated how well the cast seem to be getting along with one another. More pertinently, it also showed how well they picked up again from where they left off, as if the pause in proceedings was one of Sara’s dreams.

The show has the earnestness of a child looking forward to Christmas, and this retelling of a familiar story was a pleasure to witness.

Sara Crewe is a princess by all rights. Wealthy, smart, kind, and beautiful – she has everything. But as she learns, it is not the things you have that make you a princess but what you are made of. When her father drops her at boarding school, she learns to get along without him. She befriends the girl who is bullied, the dumpy sister of the headmistress, the youngest cry baby in the school, and even the scullery maid and wows everyone with her stories and her charm. But what happens when her Papa is gone forever? Thrown into the attic, and her fortunes lost, Sara discovers just what being a princess truly means. Will her fortunes be reversed? It might just need a Christmas miracle.

Rebel Theatre Company presents a play that tugs on our heartstrings. Based on the original novel by Frances Hodgson Burnett, this stunning production will show us all what a little kindness can do. A new adaptation of a traditional story for a modern world, this production makes more of Sara’s origin in India. Children and adults alike will love this classic show.