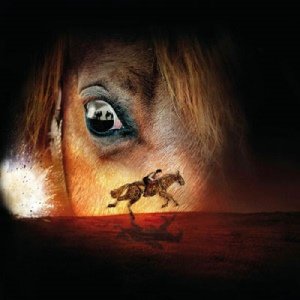 The Times held nothing back when they said it was “world-class in every way“.

The internationally-acclaimed National Theatre smash-hit, based on the book with the same name written by Michael Morpurgo and adapted by Nick Stafford, returns for a limited run at the Troubadour Park Wembley Theatre.

War Horse is an imaginative drama that will take you on an adventure. Young Albert Narracott (Scott Miller) and his horse Joey take us on a journey, as Joey gets sold to the cavalry and shipped to France at the start of World War One. Albert, too young to enlist, goes on an epic journey to try and bring Joey home, who’s now seen enemy fire from both sides before finding himself stranded in no-man’s-land.

The spectacle is filled with moving music and inventive set design, and at the heart of the show we find the life sized horses and animals, created by South Africa’s “Handspring Puppet Company”. They have created breathing, galloping, lifelike horses, operated by skilful puppeteers and actors. The horses become expressive and emotive in their skilled hands, and at times it is easy to forget that they are not real. It is an expertly perfected teamwork by Rianna Ash, Zoe Halliday, Alex Hooper and Lewis Howard, to name only a few of the cast members, who brilliantly play different parts of Joey and Topthorne, the two main horses.

The minimalistic set is extraordinarily thought out and impactful, which, together with the sound design and lighting offer an exciting spectacle which is brilliantly choreographed.

Ben Murray beautifully helps set the mood in his role as the songman, while every other role was perfectly cast, with Goose (Jonathan Cobb), and Friedrich Muller (Christopher Naylor) as two noteworthy mentions.

This was a 2h and 40 min adventure, that left me experiencing every emotion and watching in awe as the story unfolded. This show is truly a mesmerizing experience that you will not forget, one that I found even more gripping than the film adaptation.

You will not want to miss War Horse at the Troubadour Park Wembley Theatre, running until the 23rd November 2019 before it continues its international tour.

The National Theatre’s internationally-acclaimed smash-hit War Horse returns to London this autumn for a limited season at the Troubadour Wembley Park Theatre, an exciting new venue located just steps away from Wembley Stadium.

Based on the beloved novel by Michael Morpurgo, this powerfully moving and imaginative drama, filled with stirring music and songs, is a show of phenomenal inventiveness. At its heart are astonishing life-sized horses by South Africa’s Handspring Puppet Company, who bring breathing, galloping, charging horses to thrilling life on stage.

At the outbreak of World War One, Joey, young Albert’s beloved horse, is sold to the Cavalry and shipped to France. He’s soon caught up in enemy fire, and fate takes him on an extraordinary journey, serving on both sides before finding himself alone in no man’s land. Albert, who remained on his parents’ Devon farm, cannot forget Joey. Though still not old enough to enlist he embarks on a treacherous mission to find him and bring him home.

Hailed as a ‘landmark theatre event’ (Time), War Horse is an unforgettable theatrical event, not to be missed.