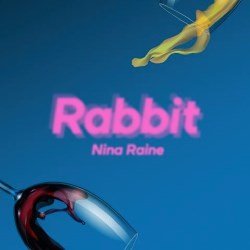 Protocol Theatre make their London debut with this zesty production of Nina Raine’s first work. The bulk of the action takes place around a reserved restaurant table as central character Bella brings together an assortment of her nearest and dearest friends, most of whom have never met, to see in her 29th birthday in an increasingly intoxicated fashion.

The play discusses the gender divide and questions how it might affect or, at times, arguably dictate our places in the order of things. Though I did feel that the premise of bringing together these characters who don’t much appear to like each other was a slightly contrived device on Raine’s part to facilitate the otherwise highly interesting exploration of how we treat each other as men and women, as well as the nature of death itself, Robbie Taylor-Hunt’s direction is fresh and innovative in terms of how it tackles the progressive drunkenness and keeps the conversation flowing as fluidly as the copious alcohol the cast of characters quaff.

Yasmin Jafri plays Bella’s conflict with great care, ensuring she doesn’t fall too far into a state of booze-fuelled self-pity in the light of being very nearly thirty. Jafri is a confident guide through the majority of the play’s tipsy chatter but her best is saved for the scenes shared with Bella’s father, as played by Tim Freeman, in which she powerfully argues against his choice not to fight his impending mortality. Freeman gives a strong, confident performance as Bella’s ailing father and his frustration with himself and his illness is palpable throughout. Particularly touching was the final scene of the play in which we the father imagining his favourite child in her early years, whilst Bella looks on from the distance.

Chris Anderson, as Richard, is every bit the smarmy borderline chauvinist you need him to be to facilitate some of the plays more ‘out there’ perspectives on the gender gap and battle of the sexes. He works exceedingly well with Zoe Biles, as Sandy, whose entrance was a great injection of energy into the show. Though one of the more flamboyant of the characters onstage, Biles performance is charming and, after the show, I and others were all able to acknowledge the ‘Sandy’ in our lives – a testament to Zoe’s brash, but honest, performance.

Emily, played by Charlotte Luxford, is perhaps the only truly level-headed member of the party and the matter-of-fact way Charlotte discusses death and the nature of being a surgeon whilst tucking into some Italian food provided one of the comic highlights of the evening. Richard Conrad’s Tom is a welcome contrast to the overt machismo of Richard and, at moments of more awkward chat, wonderfully embodied the universal feeling of being someone who isn’t quite drunk enough for the talk going on around them. I only regret that we didn’t get a little more from each of the characters.

Overall, Taylor-Hunt has assembled and led a strong ensemble cast of thoughtful, excitable performers for this first venture into London for Protocol Theatre. Here’s to whatever may be next!

Bella does the unthinkable, gathering unacquainted friends and ex-lovers for her 29th birthday. But with the fifth bottle of wine, the battle begins…
These women fight with razor-sharp wit and thick coats of armour, while the men hold fast – feeling objectified and scrutinised. But with her father on his final days, the patriarchy is getting personal…
A touching and hilarious play about how we treat men, women, and those who know us too well, Rabbit was the debut play of playwright and director Nina Raine (Tribes, Royal Court; Consent, National Theatre). This production transfers from the Mercury Theatre in Colchester, presented by Protocol Theatre.

The descriptions of what happens in this show are so vivid that paradoxically they leave nothing to the imagination – and, at least at the performance … END_OF_DOCUMENT_TOKEN_TO_BE_REPLACED

As theatre productions go this is a memorable, magical experience filled with heart and love and so many tiny thoughtful details, that I’m not sure a … END_OF_DOCUMENT_TOKEN_TO_BE_REPLACED

There are no props at all in Dog, and yet despite a dog, Roy, being very much a key character, the staging and dialogue are more effective than they … END_OF_DOCUMENT_TOKEN_TO_BE_REPLACED

Be astonishing. That’s Derek Jarman’s exhortation to the world at large and - at the end of the show - to this particular audience. And in this … END_OF_DOCUMENT_TOKEN_TO_BE_REPLACED