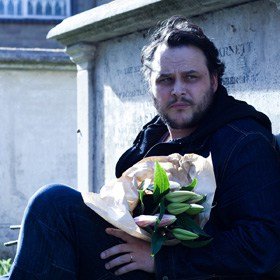 This show’s title, Reprehensible Men, is strangely refreshing, implying that there are men of good conduct out there too, even if presumably none of them are to be found in this play. None of the on-stage characters are named, to the best of my recollection. We only have some of the names of the off-stage characters, who are spoken of but do not make an appearance. There is nothing in the way of scenery or props at all, not even a chair; the show therefore relies entirely on its actors and their ability to bring the script to life, in order to engage and maintain interest. I consider each part in the order in which they were presented.

Perennial sees what I will call Man 1 (Dave Beynon) demonstrate some excellent eye contact with the audience. His story is told at a brisk pace, and includes an expression of passionate anger one moment, only to be followed by being complementary about his wife the next. I did wonder, at first, how much of the detail in this narrative was strictly necessary. On reflection it helps somewhat to understand the character, though I have no definitive response to his direct question, “Tell me why I’m such a massive [expletive]”.

Depths saw probably the least ‘reprehensible’ man in this production, Man 2 (Raphael Bar), addressing the audience as ‘you’. It does not take long to realise that ‘you’ is not anyone in the audience after all. This scene, largely set in a river, which came across as a non-religious baptism of sorts. Its conclusion seemed too neat and tidy, and I remained unconvinced by it all. For if Man 2 is not “concerned with the reality of [his] night in the river” then I see no reason why anyone else should be, given no harm was done to himself or to others. There’s some very vivid descriptions of his symbolic cleansing and renewal in the river, leaving little to the imagination.

Back To Life has Man 3 (Tom Futerill) largely out of sight – quite how this happens would be revealing too much – but this also means he is largely ‘out of mind’, for good or for ill. A deep and absorbing piece, his relative invisibility forces the audience to listen all the more intently to what is being said, without the benefit of facial expressions, until very late on in the scene, when he physically and metaphorically sees the light, as it were. But it is not as simple as waking up and smelling the coffee, so to speak, and in this multi-layered piece, continuing in the light has its downfalls as well as positives. And not just for Man 3.

A Kiss From Back Home was by far the most charming and endearing piece. Man 4 (Harvey Bassett), barely a man as it turns out, gets infatuated with a girl and goes to incredible lengths for someone who not only fails to reciprocate in the end but betrays the poor lad outright. Being many miles away from his home town then serves as a metaphor for being equally emotionally separated from where he now feels he should be. A heartfelt tale, even if I was not persuaded that Man 4 was truly ‘reprehensible’ in the first place. Naïve, perhaps. But to quote Tennyson, “’Tis better to have loved and lost than never to have loved at all”.

Seine considers the end of life and how a death should be remembered. Man 5 (Gareth Radcliffe) finds himself out of a job (he finds another one by the end of the scene) but while he was between jobs there was some time to take stock and (re)evaluate his life. A chance and occasionally hilarious encounter with a surreal and gruff-voiced man, helps Man 5 put things in proper perspective. The scene covers a wide number of themes in such a short time without seeming hurried, and included a suitably poignant conclusion not only for the scene but for the whole play.

This series of monologues require a considerable amount of work from the audience to be fully appreciated, for two reasons. Firstly, each of the five parts are discrete, requiring character and narrative set-ups each time. Secondly, the ending of each part is either abrupt, ambiguous, a cliff-hanger, or all three. That is to say that holes in plotlines are deliberately and strategically placed, to be filled by the audience’s minds. Don’t be put off by this – the play successfully attempts to mirror real life, where all the answers aren’t always conveniently available. A thoughtful and provocative play, it does leave the audience wanting more, but this is very much part of its appeal.

Review by Chris Omaweng
Sky or the Bird invite you to eavesdrop on our Reprehensible Men.
Each has a story, each a woe, each is scabrous yet tender, ribald yet plangent. Run away with us, renew your life with us, take revenge with us, develop a thick skin with us, come back to life with us, and most of all love and forgive us for we are Reprehensible Men and we need you.
www.dan-horrigan.squarespace.com | Twitter @skyorthebird