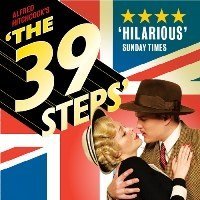 There are many different types of laughers in this world. There are the ungainly guffaws that resonate so much that seismometers in the vicinity record alarmingly high readings, panicking the British Geological Survey of the onset of a mega-earthquake. There are, of course, those that shriek – making one wonder if the person is in pain or amused (likely both). The most mysterious to me is the silent laugh. The head bobs up and down like the Churchill dog (or one of those bobble-head dolls), but no sound comes out of their agape mouths. One wonders how they breathe. Finally, the King of Laughs has to go to the infamous laugh-snort. Those of us who bear the burden of being snort-laughers are usually profoundly embarrassed each time it erupts from our nostrils and proceed to quickly gaze around us to find out if anyone has noticed (clue: everyone). There is, however, a certain honesty in the snort-laugh. When you hear a snort-laugh, you know that person is genuinely amused. No fakery involved; who would deliberately want to die of chagrin?

On the evening I went to watch The 39 Steps, the bowels of The Criterion Theatre was resplendent with laughs of all types. It is, from beginning to end, very funny. For those unfamiliar with John Buchan’s famous novel, it’s the original man-on-the-run adventure. The Bourne novel/film series (along with many, many others) owe their literary ancestry to the hero, Richard Hannay.

The play deviates from the novel in several ways but the core plot is much the same. However, it bears more similarity with Alfred Hitchcock’s 1935 film adaptation. While sitting on the train heading up to London, I was suddenly struck with bewilderment as to how they were going to recreate the daring escape from a moving train on stage. They succeeded, magnificently. I’ll leave it with you to find out how.

The cast of four have the challenge of playing multiple characters. While Richard Hannay (played by Richard Galazka) remains himself for the duration, the other three change characters at a lightning-fast pace regularly. Sometimes, they play multiple characters at the same time. It’s an impressive spectacle and each character is made unique and memorable. Daniel Tuite, credited as “Man” (although “Men” might be a more accurate description), was particularly engaging, probably portraying the greatest range of personas of anyone in the performance. Nevertheless, Tim Frances (also “Man”) and Alix Dunmore (“Annabella/Pamela/Margaret”) also provide fantastic performances in their myriad roles.

The acting is superb and the timing impeccable. For a play like this, there is so much that can go wrong and all the humour consequently lost. However, the well-drilled cast work fluidly together. While the Scottish and German accents are a bit ‘Allo ‘Allo! in their exaggerated nature it adds, rather than detracts, from the humour. A limited use of props and scenery meant that the direction needs to be intelligent. The multiple award-winning creative team behind the production does an amazing job in conjuring up a wide-range of settings from a bleak Scottish moor to a cabaret venue. Ably directed by Maria Aitken, she is assisted by movement director Toby Sedgwick whose input adds a great deal to the show.

For me, the play ended at just the right point. There is only so much slapstick and pun-slinging I can take before it becomes farcical and too ‘Carry On’ for my liking. The humour can be dated at times and the exaggerated poses of the silent film era does wear on you after a while. However, a ludicrous (and hilarious) climax wrapped things up nicely and set a jovial audience on their way to re-enter 21st century London.

The Criterion Theatre is, without doubt, the friendliest theatre I have ever visited. The staff are helpful, conversational and do their very best to provide a fantastic evening’s entertainment (one American tourist was even overheard as saying “you don’t get this in New York”). The theatre itself is large enough to feel grand but small enough to immerse you in the action on the stage. Large, comfortable seats are a bonus.

So, if you fancy a spiffing, unpretentious evening out suitable for all of the family, look no further than The 39 Steps. Just don’t be too self-conscious if you’re possessed of the laugh-snort.

Harold Shipman, known to his many patients, family and friends as ‘Fred’, was Britain’s worst serial killer. The official inquiry into his crimes … END_OF_DOCUMENT_TOKEN_TO_BE_REPLACED

Being one of Arthur Miller’s best-made and most challenging plays, The Crucible is also one of his most frequently performed. I was going to say … END_OF_DOCUMENT_TOKEN_TO_BE_REPLACED

To be fair, Linda Lavin called her concert Love Notes, there’s an album of the same name, and that’s more or less what it was about - variations on … END_OF_DOCUMENT_TOKEN_TO_BE_REPLACED

Noughts & Crosses is a euphemism for blacks and whites. The Noughts are the whites and the Crosses are the blacks. In the world of the play, the … END_OF_DOCUMENT_TOKEN_TO_BE_REPLACED

This ‘juke box’ musical offers highly polished, undemanding, feel-good entertainment, showcasing, as it does, 30 songs dating from the 1960s to the … END_OF_DOCUMENT_TOKEN_TO_BE_REPLACED