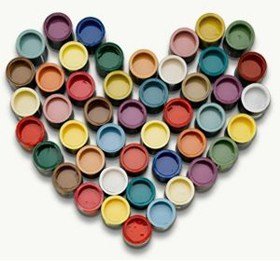 A lot of work found in regional theatres tends to be either co-productions or brought in from outside sources, which is why it makes a refreshing change to see a completely in-house produced new play staged at one such venue. Simon Mendes da Costa’s follow-up play to the highly successful Losing Louis – which played in the West End in 2005, and subsequently toured the UK and transferred to Broadway – marks the second in-house production for the Marlowe Theatre, which last year premiered Melissa Bubnic’s Beached before it transferred for a run at London’s Soho Theatre.

Directed by Tilly Vosburgh, A Better Woman tells the story of 40-something Tom who, three years after being left by his adulterous long-term girlfriend, has entered the world of online dating in his search for The One. Both sweetly emotive and wittily funny, the play leads through the journey of this middle-aged man – in Tom’s own words at times – who is realising just how hard it can be to get back in the dating game at this stage of life, and how much harder it is to find what it is you really want.

Ben Porter gives a great central performance as Tom, a man who continually second-guesses himself and every decision he makes. This lack of self-worth and inability to commit himself to anything (even what colour to paint the walls) could have made him a rather unsympathetic character, but Porter manages to also imbue him with an endearing vulnerability that instead allows the audience to see him as a well-meaning, if somewhat hapless, individual that they can root for.

Offering strong support are Paul Panting and Charlie Norfolk as Tom’s married neighbours and friends, Maurice and Sherry, who are always ready and willing to hand out advice on his eventful love life. The pair are given some brilliantly funny one-liners in their scenes, but aside from comic value, their presence also serves to display a contrasting view of middle-aged love from the perspective of a happily married couple – the embodiment of ‘what people aspire to’ on one side, and struggling with a ‘cosy’ marriage on the other. Similarly wonderful are Alexia Traverse-Healy as straight-talking single mother Jessica, and Poppy Miller in her multiple roles as Tom’s dates and his ex-girlfriend Julia. Traverse-Healy is instantly likeable from the very first meeting, while Miller is fantastic fun as the various women Tom goes out on dates with, including the one with the gay husband, the one going through the menopause and the one who is dying! Her second-act role of former love Julia is performed so well that she turns the audience’s initial dislike of the cheating ex into sympathy for her and the situation of her return.

Also deserving of mention is Liz Ashcroft’s set design, which works hand-in-hand with the tone of the production through the use of simplicity and colour, while the lighting design by Peter Harrison effectively moves the story from scene to scene without the need for an array of inter-changing sets.

Playwright Simon Mendes da Costa, who is also a Literary Associate for the Marlowe Theatre, draws heavily on the theme of new starts and change for A Better Woman, which he began writing nearly a decade ago. His witty script, coupled with moments of touching intimacy and an underlying current of hope, for all the characters, results in a play that is both invigoratingly honest and full of hidden depths.

A Better Woman is not just a comedy, or just a love story, or just a message about the difficulty of dating in your forties; it’s all of these this and more. Finding love is hard and keeping it even harder, but perhaps hardest of all is knowing what you want from love in the first place. This play is charmingly loveable however, and sure to make audiences fall in love with it night after night.

A touching comedy about love and indecision
It’s never too late to make the wrong choice.
Tom is searching for the one. In fact, now in his forties, he’s been searching for the one for quite a long time. After a few romantic near misses, he turns to the world of online dating to find someone to grow old with.

With the help of his despairing neighbours he embarks upon a series of eventful dates with a series of very different women in search of the perfect companion. But is he even sure what he is looking for?

From the writer of the West End and Broadway hit, Losing Louis, this touching comedy asks what it’s really like to have to start again… and again.
This show contains some strong language.

THE MARLOWE STUDIO
The Friars, Canterbury, Kent. CT1 2AS
http://www.marlowetheatre.com/

I have seen some outstanding acting recently at the intimate Finborough Theatre, and this new play is no exception. The highly talented cast quickly … END_OF_DOCUMENT_TOKEN_TO_BE_REPLACED

In the pandemic (remember that?) I worked in adult social care. My role was to help older people in their own homes with daily tasks - I’d cook meals, … END_OF_DOCUMENT_TOKEN_TO_BE_REPLACED

The world-famous Wilton’s Music Hall and the children’s classic The Wind in the Willows make perfect bedfellows. Piers Torday has written a version … END_OF_DOCUMENT_TOKEN_TO_BE_REPLACED

Some journalists get, as it were, a bad press, though some of them don’t help themselves with some of the things they write and do. This play doesn’t, … END_OF_DOCUMENT_TOKEN_TO_BE_REPLACED

Paul (Lewis Bruniges) and Freddie Metz (Oliver Yellop), who identify as cousins, are so desperate to get out of the German Democratic Republic, … END_OF_DOCUMENT_TOKEN_TO_BE_REPLACED