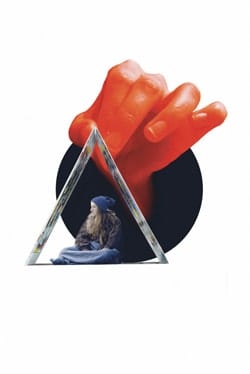 Many have said that to benefit from the system you have to play the game, but when the game is geared against you, and success is virtually impossible, are you still obliged to play by the rules?

Smoke and Oakum’s critically acclaimed production Kings is not what you’d expect from a piece of this type. In recent years there appears to be no shortage of ‘socially aware’ theatre appearing in the London scene, however this piece, written and directed by Oli Forsyth, delivers something entirely different – an honest and genuinely challenging look at perceptions of homelessness and the rules that govern the homeless community.

A group of individuals sleeping rough in the streets of London have formed an urban family and settled into a routine of begging and hoarding in an endless struggle to get by. However, their monotonous existence is interrupted when they encounter a stranger who challenges both their expectations of life and their approach to survival; in a world that has given them nothing, why are they still waiting, and when is it time for them to turn the tables and ‘take’?

The space at New Diorama Theatre is perfectly suited to the piece and the use of lighting is brilliant, particularly for showing the passage of time and delineating between sequences. The tableaus created are extremely powerful and add an edge that prevents the emotion from going ‘over the top’ during highly charged scenes.

The cast are exceptional to say the least. As individuals, each character has a depth and honesty that results in an instant connection with the audience. Deeply flawed, but wholly redeemable, we are presented with people who are not unfamiliar to us and almost too easily relatable. It’s made clear that their journeys are widely varied, and while the scenarios may be ‘textbook’ to some (broken homes, abusive relationships, runaways), they are in no way less genuine or real.

The ensemble acting is why this piece works so well, and the ever-changing shift of power between characters, as each evolves, is flawless. The strength and stoicism presented by Libby Liburd’s Bess are beautifully complemented by Emma James’ naïve and innocent Hannah and the reserved and steady Ebi, portrayed by Andy McLeod. Madeleine MacMahon’s Caz challenges the established hierarchy and drives the energy of the piece. Her commitment to characterisation and powerful presence on stage creates a buzz and momentum within the narrative, and while there are times where you are certainly unsure whether to trust, or even like, her, MacMahon creates a character is undeniably engaging!

This 90-minute window into the lives of those who live on the streets shows us that while it’s a world we’re certainly familiar with, it’s one we are far from understanding. A distant cry from the clichéd or do-gooder pieces that seek to raise awareness of ‘the homeless issue’, this is a piece that reminds us of the people, the stories and the harsh reality of sleeping rough. Questioning the concept of morality and whether or not the same standards are applicable, this is a challenging and engaging production that needs to be seen.

Bess and Hannah are waiting. Sleeping rough on the streets of London they’re hoping for help to arrive and for life to change, but they’ve been waiting for a long time. Until that is, they meet Caz, a young woman who’s not content to sit quietly, she’s far more interested in taking what she needs.

It’s an intricate plot, laced with some subversive humour - that the female character is simply called ‘The Woman’ (Molly Lynch), for instance, is … END_OF_DOCUMENT_TOKEN_TO_BE_REPLACED

Andrea McArdle didn’t, when the 1978 movie Rainbow was released, look or sound like Judy Garland, and she still doesn’t. You’d be forgiven for … END_OF_DOCUMENT_TOKEN_TO_BE_REPLACED

TENNIS ELBOW is the first play that John Byrne has written for thirteen years, and is in fact a companion piece to his critically successful Writer’s … END_OF_DOCUMENT_TOKEN_TO_BE_REPLACED

It’s all a bit banal, really - or perhaps I’m too heavily influenced by some of the other online productions that I’ve seen recently, which deal with … END_OF_DOCUMENT_TOKEN_TO_BE_REPLACED

Mandy Gonzalez is one of those Broadway actresses with a number of dedicated fans and followers, and it’s easy to see why given her sunny disposition … END_OF_DOCUMENT_TOKEN_TO_BE_REPLACED