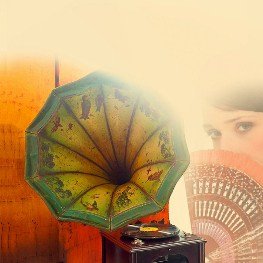 I have to be honest and say that Oscar Wilde has pretty much passed me by. I read “The Picture of Dorian Gray” (disliked it) and have seen the 1952 movie version of “The Importance of Being Earnest” (absolute classic) but apart from that, and a smattering of knowledge about his private life, we have pretty much left each other alone. So it was with a mixture of excitement and trepidation that I headed to the Kings Head Theatre to see a performance of “Lady Windermere’s Fan”. This lovely little theatre in Islington is just right for the play. The set was perfect – though I have to disagree with the programme which said it was taking place in the 1930s, rather like Agatha Christie, the action occurs in a timeless era that just can’t be pin-pointed.

The story is pretty simple – love, deceit, honesty, misunderstanding, fallen women, fallen men and redemption – quite a lot to get through in two hours but the time flowed really well as we delved into a 24 hour period in the life of the Windermere’s and their friends. It is Lady Margaret Windermere (Ellie Nunn) 21st birthday, and her husband, Lord Windermere (Steven Clarke) has bought her the fan of the title as a gift – personally I thought this was a bit stingy of the husband but Lady Windermere is a gentle, puritanical type of woman so absolutely loved it.

However, it was obvious that the situation was not going to be all fans and roses (or it would have been a very dull evening). The introduction of more characters followed, Lord Darlington (Ruari Cannon) who wasted no time in letting the audience (if not the rather simple Lady Windermere) know how he felt about our heroine and The Duchess (Jo Ashe) who totally stole the opening scene for me. Her timing and, using a mixture of sympathetic words and well disguised venom, her delivery of some fabulous lines was just perfect and I would have hated to have her as an enemy, or even worse, a friend. What followed was possibly the birthday party from hell with the final characters, Mrs Margaret Erlynne (Ruth Redman), Lord Augustus (Graham Hoadly) and Cecil Graham (Nathan Lubbock-Smith) all arriving to celebrate/scupper Lady Windermere’s celebrations in fabulous style – whether it be by the uttering of immortal lines or just a highly nuanced look.

After a bit of a shaky start,there was some minor stumbling over lines, the play settled down very quickly and I really began to care about the characters themselves. Act II began with my favourite scene of the whole show as the two Margarets met and talked together, followed by the four (definitely the worse for wear) men who arrived to talk of life, love and women. This entire scene worked perfectly for me on every level – lighting, directing and acting by a cast who really knew and trusted each other. I was so enraptured by the story that I actually got quite emotional as, in the final scene, Lord Windermere, Lady Windermere and Mrs Erlynne met for one last time, talked, confessed and made promises to each other to secure their respective futures.

This play was an absolute delight to see. The cast worked so well together that you could imagine if someone had forgotten a whole page of the script they would have found a way to deliver. The second act was just superb, and I really cared about every character – though I do think Lady Windermere could have made a better marriage than Lord Windermere. First-rate writing by Oscar Wilde – everything I had heard about his use of language turned out to be true – great direction and a highly talented, and bonded team of actors really brought the story to life and made a “Fan” (sorry) of this reviewer.

Ruby In The Dust return to the King’s Head with their new version of Lady Windermere’s Fan, updated to the 1930s against a backdrop of the popular music of the time. Directed by Linnie Reedman, whose previous successes at the King’s Head include The Great Gatsby, Bonnie and Clyde and an acclaimed adaptation of Oscar Wilde’s Starchild. Lady Windermere’s Fan was Oscar Wilde’s first masterpiece and made him an overnight success when it premiered in London in 1892.

Young, rich, beautiful and happily married, Lady Windermere has it all. Until her husband invites a mysterious widow to her 21st birthday ball. Who is she? Why is she there? What is their secret? Suddenly everything that Lady Windermere holds dear is in jeopardy. Nothing is as it seems in this satirical thriller, full of intrigue, jealousy, scandal and Oscar Wilde’s famous, inimitable one-liners.

Everyman is one of the earliest printed plays, originally written in Middle English and first performed around 1510. It is a morality play, popular … END_OF_DOCUMENT_TOKEN_TO_BE_REPLACED

After being closed for over two years due to covid, the Arcola Theatre has re-opened with Barney Norris’s love song to the people who raised him, We … END_OF_DOCUMENT_TOKEN_TO_BE_REPLACED

Now in its 15th year, La Clique have firmly established their place on the world burlesque circuit and this year’s London cast bring their infamous … END_OF_DOCUMENT_TOKEN_TO_BE_REPLACED

Warm, funny and lacerating, Satinder Kaur Chohan’s new play opens with a fly-on-the-wall look at the daily attempts women make to be accepted and … END_OF_DOCUMENT_TOKEN_TO_BE_REPLACED