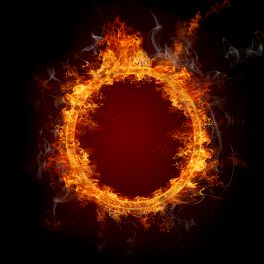 Imagine that you are a theatre producer sitting in your office looking for the next great play, when in walks a director and playwright with an idea “lets take Wagner’s 15 hour operatic masterpiece, Der Ring des Nibelungen, and turn it into 4 separate plays each lasting less than an hour, then perform them outdoors with a minimal set and no special effects, all for free” What would your reaction be? Well, the “Gods and Monsters Theatrical Company” did just that and put on The Ring Cycle Plays a theatrical masterpiece at The Scoop, More London.

The stories themselves take place way in the past – and there is a lovely opening scene where the cast get the audience to take their minds back to the time when the Gods (led by Wotan, their king) walked the land. On a basic level it concerns the lives and loves of various immortals, giants, trolls, humans, etc all of whom are affected in one way or another by a ring of power. No, this isn’t Tolkien – the original Ring Cycle was written between 1848 and 1874 – but part of the appeal of the show is seeing where later stories have been influenced by it. Along with the Ring itself, there are ravens carrying messages (Game of Thrones anyone?), a handsome hero who knows no fear (Luke Skywalker perhaps?) and so on. In fact, for something that has always seemed daunting in my mind, it was amazing how familiar I felt with the unfolding story. Credit needs to go out to playwright Lisa Kuma who took Wagner’s original libretto and, in her own words, adapted it rather than translated it to English. The language is perfect, at times Shakespearean in its flow of words and phrases, but with enough ‘modern day’ idiom to keep even the grumpiest teenager interested.

In the first play (The Rhine Gold) we get a speedy history of The Ring and meet the protagonists of our story. It was here that all my illusions about the Gods (be they Greek, Roman, Norse or German) were well and truly shattered. Even with the almighty power of being King of the Gods, Wotan is like any human husband and father. His wife dominates him and his children grow up and snub their noses at him. On top of that he has a Troll King – a wonderful character that was the perfect comedic foil for the too serious Gods – cursing him, and a couple of giants who, thanks to a badly negotiated contract, are demanding extra for building his new castle. Anyone that has ever had any building work done can identify with him at this point. As if that wasn’t enough, the mortals are starting to turn away from the Gods and want to run their own affairs. Its no wonder the poor bloke goes off and seeks romantic solace with Erda, who provides him with six daughters, introduced in the second play (The Walkyrie) led by the formidable Brunnhilde. Wotan is a sad character in many ways, trying to run the world and secure his dynasty and obviously he mucks up on every front.

Then there is Siegfried, illegitimate son of brother and sister Siegmund and Sieglinde (Wotan’s offspring), brought up by Mime the Troll. Still with me? Siegfried is your classic hero. Young, fit, very good looking and naïve – he brings to mind a whole host of Marvel/DC superheroes. He dominates the last two plays (Siegfried and The Twilight of the Gods) as he sets off to learn fear (a quest to please his dead mother). On his travels, he meets one of the Giants from the first play (now disguised as a dragon), falls in love with Brunnhilde, almost marries a troll and encounters the Ring itself, as the story moves to its almost inevitable conclusion. Or does it? I have to admit many of the twists and turns of plot and character in the final plays took me by surprise.

You could think of this as a show of two halves. The first two plays give the background to the story and set the scene for the final two which take place in ‘real time’ and are full of action, betrayal, murder, love and all those things that make for a truly excellent show. The Scoop is a perfect venue for an outdoor performance like this and the gentle move from daylight to evening was a wonderful metaphor for the story unfolding before us – congrats to the Earth for playing this role to perfection. There was lots of audience interaction, especially in the very moving final scene and I honestly have to say, the time flew by. A superb cast, wonderful directing and acting made this an excellent evening’s entertainment.

Everyman is one of the earliest printed plays, originally written in Middle English and first performed around 1510. It is a morality play, popular … END_OF_DOCUMENT_TOKEN_TO_BE_REPLACED

After being closed for over two years due to covid, the Arcola Theatre has re-opened with Barney Norris’s love song to the people who raised him, We … END_OF_DOCUMENT_TOKEN_TO_BE_REPLACED

Now in its 15th year, La Clique have firmly established their place on the world burlesque circuit and this year’s London cast bring their infamous … END_OF_DOCUMENT_TOKEN_TO_BE_REPLACED

Warm, funny and lacerating, Satinder Kaur Chohan’s new play opens with a fly-on-the-wall look at the daily attempts women make to be accepted and … END_OF_DOCUMENT_TOKEN_TO_BE_REPLACED