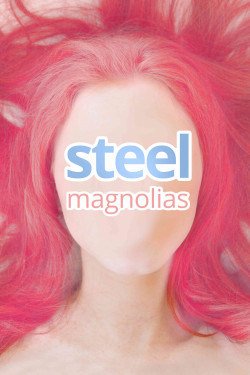 The Hope Theatre has done it again. The second instalment of its series of in-house productions, following the fantastic and extremely well received, Sea Life, Steel Magnolias has landed with a fabulous pink tinted splash.

Under the direction of Matthew Parker, the Artistic Director of The Hope Theatre, this heart-warming and beautiful story of friendship, love, strength, courage and fabulous hair, is a play not to be missed.

Written by Robert Harling for the stage and made commercially famous by the film of the same name in 1987, Steel Magnolias has achieved iconic and timeless status. This new production at The Hope Theatre only cements that reputation.

It is clear that Matthew Parker has taken a very different directorial approach to Steel Magnolias in comparison to the direction of Sea Life. This is to be commended and celebrated. Parker has ensured that the true essence of the story and the simplicities and complexities of the characters shine through in a natural and honest way.

This all-female cast deliver a powerful, touching and hilarious corker of a play. The cast are a powerhouse of six strong and very different actors, portraying six strong and very different characters. That said, the cast blend together perfectly as an ensemble and utilise every second they have on stage and every inch of the performance space to really bring this story to life. What stands out the most is that the cast don’t just simply deliver dialogue and scenes on stage, but they clearly feel and connect to the story and characters. This makes all the difference and is what forces you as an audience member to connect to and at times become part of the story.

Each cast member brings something individual to the stage, something unique and stand alone – you can see it in their character and performance. It could be said they all have their own signature shade of pink. Impressively, the characters are original. It was refreshing and a massive relief not to see carbon copies of the characters made famous by Julia Roberts, Sally Field and Dolly Parton.

The final scene of the play is truly beautiful and perfectly embodies the entire essence of the whole story. Stephanie Beattie, who plays M’Lynn, delivers a deeply emotive and powerful performance. Beattie delivers a series of small monologues about love, loss, friendship, family and strength. Beattie is supported impeccably by her fellow cast members, who enhance her performance beautifully. It is hard to not become emotional or to identify with the characters.

Steel Magnolias is playing at The Hope Theatre until the 3rd September 2016. Book your ticket now to avoid disappointment.

Steel Magnolias (the basis for the much loved multi Oscar-nominated film) is the bittersweet story of six women who gather under the dryers at Truvy’s Beauty Salon to share gossip, laughter, recipes and beauty secrets on four significant days across three years of their lives in a small US Southern town. When tragedy strikes, they face it with sass and strength, supporting each other through thick and thin. By turns hilarious and poignant, Steel Magnolias is a heart warming portrait of friendship and love.

Steel Magnolias is the latest in-house production from The Hope Theatre, whose multi award winning production of Lovesong of the Electric Bear transferred to the West End in 2015. The all-female cast is directed by Matthew Parker, Off West End Award nominated Artistic Director of The Hope Theatre, designed by Rachael Ryan and with sound design by Off West End Award winner Paul Freeman.

The thing about Panto is not to over-think it. It’s about having fun and surrendering to the Christmas spirit. Like Christmas crackers, there is a … END_OF_DOCUMENT_TOKEN_TO_BE_REPLACED

Anyone who's worked in investment banking knows it's largely an intellectually-free zone, polluted with people who calculate each other's value … END_OF_DOCUMENT_TOKEN_TO_BE_REPLACED

By the production’s own admission, the version of events as detailed in Bonny & Read is unlikely to equate to an exactly full and fair account of … END_OF_DOCUMENT_TOKEN_TO_BE_REPLACED

This early Rattigan play has had an interesting life. Set in the Second World War and premiered while that conflict still raged, it has since found … END_OF_DOCUMENT_TOKEN_TO_BE_REPLACED