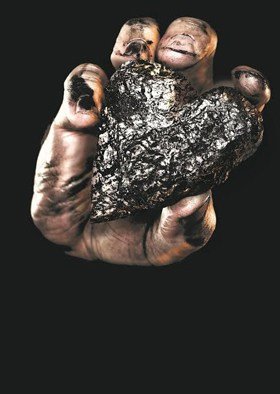 We see coming of age stories all around us. When a boy becomes a man and a girl becomes a woman. It is hard to portray, as often this experience comes too soon or rather too late, thus difficult to truly represent. So to capture this in a way an audience can relate to is no easy feat, no two journeys being alike. But at Park Theatre, a few of the stories are very much told.

Touching performances from Joseph Peacock (Pete) and Grace Osborn (Frances) – the journey of two children who lost their fathers in a coal mining accident and how the journey to protect their fathers’ legacy also becomes their journey from children to adults. This is mirrored by equally wonderful performances from Chris Jenkins (Jake, Pete’s older brother) and David Leopold (Chet) who are four years older and also lost their fathers, but were thrust into adulthood immediately before their own lives has really begun. One of the standout moments in the show is Jake facing this in the song, ‘Disappear’, as he deals with the grief of a childhood lost and the pain he hides for the sake of being a father figure to Jake.

To cleverly contrast these characters we have Pete’s best friend Dusty (Ryan Heenan), a boy without a tragic past. Yet another stand out song is ‘Dusty Plays The Saw’. As I mentioned previously, the challenge of Burnt Part Boys was to allow all audience members to connect with the coming of age journey and ‘Dusty’ is what makes the show more widely relatable. The song explores the inability for a young boy to connect with tragedy he has never felt. Ryan Heenan’s voice is undeniably beautiful and captivating and this allows him to strengthen the message. We all grow up at our own pace in our own circumstances and sometimes this leaves us left behind.

Chris Miller and Nathan Tysen’s songs are gorgeous and when the cast come together the harmonies are breathtaking. Yet the score is on the whole quite similar, and thus felt less like songs and rather an underscore that naturally switched between speech and singing. It helps you remain in the world perhaps, however potentially holds the show back as a differentiation between songs sung by the dead miners and children could have perhaps added to the texture of the overall piece.

Matthew Iliffe’s direction and Rachel Wingate’s set provides a wonderful foundation that allows the story to be told to its full potential. The choice to work with mostly mime, chairs and rope, which doubled as various items allowed us to imagine the journey of the characters mirroring how children play, and yet in the context of the show, not playing at all. This should be applauded as it proves you don’t always need special effects and expensive sets to convince an audience you are in a different world. You just need to encourage them to believe. This may not work for all audience members, but it certainly worked for me.

You won’t come out singing the songs and those who lean towards a more classic musical will perhaps shy away from this piece. Yet, I feel confident that a new wave of musicals is rising, which dare to be different and Burnt Part Boys is certainly a part of that. Thus, I would encourage those who want to be taken on a wonderful journey to experience a truly touching show with an extremely talented and exciting young cast.

SDWC Productions in association with Park Theatre present the European Premiere of
The Burnt Part Boys
Hailed among critics as an innovative and gripping musical The Burnt Part Boys is an unforgettable coming of age story, following a group of teenagers living under the shadow of tragic mining accident, which claimed the lives of their fathers ten years prior. With a masterfully orchestrated and arranged score that will engross and mesmerize. This heart-warming musical of youthful adventure and redemption finally gets its European premiere in London.

Handel’s 1738 opera Serse (or Xerxes) is an exploration of power, love and human frailty. King Serse falls in love with the voice of his brother … END_OF_DOCUMENT_TOKEN_TO_BE_REPLACED

Lea Salonga has her fans. She also has some superfans, the ones who yell, “I love you Lea!” at almost every opportunity. If that wasn’t enough, there … END_OF_DOCUMENT_TOKEN_TO_BE_REPLACED

I have no hesitation in saying that the 1952 movie “Singin’ in the Rain” and its 1985 stage version is one of the greatest musicals of all time, … END_OF_DOCUMENT_TOKEN_TO_BE_REPLACED

There are, Maria Caruso was keen to emphasise in a post-show discussion, no wrong answers when it comes to responding to Metamorphosis or even … END_OF_DOCUMENT_TOKEN_TO_BE_REPLACED

Children of the Windrush generation, sisters Dawn and Marcia, grew up in the 1980s. In Roy Williams’ new play Dawn is shown struggling to care for … END_OF_DOCUMENT_TOKEN_TO_BE_REPLACED