Home » Reviews » Review of The One Festival at The Space 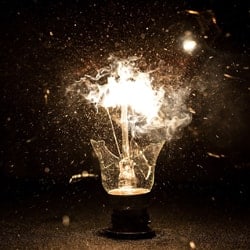 Four programmes of short drama, each playlet performed by a single actor, performed over three weeks at the ground-breaking docklands venue, the popular festival has returned for, it is claimed, a final year. LT1 were lucky enough to see Programme C on 11th January.

First up was Mike Carter’s Mansplaining: The Musical. Stephanie Ware played a hard-bitten Broadway hoofer in the 1930s, a soon to be has been, still clinging on to her dreams on broken feet, her wings about to be brutally and casually clipped by an unheard manager. Ware tackled the role, including three original songs, with a winning mix of bravura and vulnerability, ably directed by Saffron Myers.

Elizabeth George gave a powerful performance as the harassed single mum Jennifer in David Hendon’s Home Time. Movement and timing were well directed by Paula Chitty, but the play was overlong, both in real time and the narrative arc it covered. Tending toward melodrama, it was a tragic story, but without the cathartic kick of a tragedy. Nevertheless, a compelling and gripping tale well executed.

John Dixon took a wickedly humorous swipe at the vanity Toy Dog owning hipster community in Binkie and the Snowbirds. Tim Blackwell pulled off winsome flirting and sleazy menace simultaneously, with an outrageous accent that had laid down and died in a Louisiana bayou. For the price of a cocktail, he recounts the true story of his tiny friend and her untimely end. Danielle McIlven kept the production tight and pacey, with both visual gags and situational humour, and the darkest of reveals had the audience in stitches. And absurdist gem, and strangely moving.

In rising star Serena Haywood’s Skyclad, director Lou-Lou Mason pulls a performance of comic perfection out of actor Alexandra Donnachie playing Sophie ‘Fuscia’ Travis, the novice witch in the university coven, themselves the bitter enemies of the hockey society. She plays Fuscia as a down to earth northern lass, wickedly lampooning the yah girls, who had promised to reunite her with the gorgeous Matthew. Dropped off in the woods by her Dad, who thinks she and her new friends are Terry Pratchett fans, she finds dancing naked and nocturnal midges do not mix. Well observed and very funny.

The tour de force of the evening was Sixth Position, written and directed by Louise Jameson, and performed by dancer and actor Holly Jackson Walters. Jameson’s writing is the very essence of economy, not a word is wasted, not a movement is out of place. Do you need an audience to really dance? Little is said but much is understood, one would need to be made of stone not to fall a tiny bit in love with the wistful and self-deprecating dancer, played by Walters. She is a giant, an old and beautiful soul, restless, touching this life only gently. Wherever she passes, the world is a better place. She gives without question or thought of glory. But she never made prima. And with a few simple words and gestures, that simple exposition is transformed into a tragedy, both poignant and inspiring.

The Space is delighted to launch its sixth and final One Festival, a unique programme of bite-size theatrical gems, all celebrating the art of the solo performance. Packed with unforgettable stories, bold new writing and world premieres from over forty of the most exciting theatre-makers in the UK. Expect eclectic characters, feats of endurance and darkly comic tales of deception, loss and love; the perfect theatre treat to kick-start the New Year.

The Space prides itself on its dedication to diversity on stage. That’s why 68% of One Festival shows are written by women and 25% feature BAME artists. Attracting diverse audiences, engaging our local community & nurturing
emerging artists lies at the heart of what we do and we are thrilled to present The One Festival as part of our season of work championing socially relevant, inventive, accessible theatre.

Nikhil Parmar’s one-man show, originally written as a TV pilot, manages to touch on a wide range of themes from Islamophobia to modern fatherhood with … END_OF_DOCUMENT_TOKEN_TO_BE_REPLACED

Handel’s 1738 opera Serse (or Xerxes) is an exploration of power, love and human frailty. King Serse falls in love with the voice of his brother … END_OF_DOCUMENT_TOKEN_TO_BE_REPLACED

Lea Salonga has her fans. She also has some superfans, the ones who yell, “I love you Lea!” at almost every opportunity. If that wasn’t enough, there … END_OF_DOCUMENT_TOKEN_TO_BE_REPLACED

I have no hesitation in saying that the 1952 movie “Singin’ in the Rain” and its 1985 stage version is one of the greatest musicals of all time, … END_OF_DOCUMENT_TOKEN_TO_BE_REPLACED

There are, Maria Caruso was keen to emphasise in a post-show discussion, no wrong answers when it comes to responding to Metamorphosis or even … END_OF_DOCUMENT_TOKEN_TO_BE_REPLACED