The penultimate production of the 2021 Tête à Tête Opera Festival, based at London’s Cockpit Theatre and showcasing contemporary and avant-garde new works by young composers, is RUNE, written and composed by Alastair White. This 50-minute piece of music theatre was first seen in August in a live performance at the Round Chapel, Hackney, and can now be found in an interactive form online for the modest price of £1. 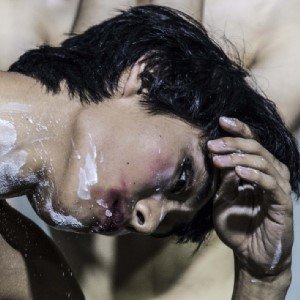 White’s opera is a “vast cosmological fantasy…..set on a planet where history is forbidden, a young girl tells her story…..of….Khye-reil…..through transdimensional canals and sealanes to the RUNE”. The libretto is available free of charge on the Tete a Tete website and, as it is very complex and dense, I should strongly recommend all potential audience members to read it carefully first.

The style of the music is, to my ears, strongly reminiscent of Pierre Boulez and Humphrey Searle. It is mostly at the same sedate pace, with long vocal lines for the singers and complex pianistic figures accompanying them. It is a great shame that it is not more memorable, but I assume that it is not supposed to be.

The two singers, who do not move and sing from scores, stand at one end of the traverse stage. Their music is certainly not easy and both Patricia Auchterlonie and Sione Ibbett-Brown deserve much credit for finding ways around their complex roles.

The three pianists are Joseph Haviat, Simon Rhys and Ben Smith (also Music Director) whose technique must be admired as the composer asks a great deal of them.

The directors are Gemma A Williams and Jarno Leppanen, who ensure that the piece uses all the acting area and runs smoothly.

The Hackney audience of about 25 for the live performance were clearly appreciative of what they saw and heard, as was the small number of Zoom participants at the online showing which I attended.

Recommended to those who like something experimental, which is what Tête à Tête is all about.

On a planet where history is forbidden, a young girl dares to tell her story. A voyage across galaxies and millennia, hers is a tale of the archipelagos of Khye-rell and their matterwork, through transdimensional canals and sealanes to the RUNE of the universe’s origin. This song, her story — through the very act of being told — will have consequences beyond imagining…

The interactive broadcast includes a Q&A with the creative team.

Shoes, one would have thought, are fairly recession-proof. The problem for Charlie Price (Joel Harper-Jackson, reprising the role he previously played … END_OF_DOCUMENT_TOKEN_TO_BE_REPLACED

The descriptions of what happens in this show are so vivid that paradoxically they leave nothing to the imagination – and, at least at the performance … END_OF_DOCUMENT_TOKEN_TO_BE_REPLACED

Although not entirely perfect, this staging – the first ever in the UK – of Pablo Sorozabal’s Zarzuela (Spanish Operetta) is brilliant, atmospheric, … END_OF_DOCUMENT_TOKEN_TO_BE_REPLACED

As theatre productions go this is a memorable, magical experience filled with heart and love and so many tiny thoughtful details, that I’m not sure a … END_OF_DOCUMENT_TOKEN_TO_BE_REPLACED