Home » Reviews » The Birmingham Repertory Theatre Production of The Snowman

In the preface to his Narnia series C.S. Lewis wrote ‘Someday you’ll be old enough to start reading fairy tales again’ and looking around the auditorium for the anniversary production of Sadler Well’s The Snowman, it’s clear to see that truer words were never spoken.

Celebrating their 20th year at the Peacock theatre, the Sadler Wells team have once again delivered the delight and joy of Raymond Briggs beloved Christmas tale to the stage – and it’s not just the kids who are in love with it. From the moment the show opens on Howard Blake’s hauntingly beautiful ‘Walking in the Air’ audiences are transported to the innocent state of childhood and taken on a journey to the heart of what it means to be a child at Christmas.

Waking on a beautiful winter morning, our young friend races outside to play in the snow. He soon discovers that playing alone is much less fun than first thought and in the absence of other children, decides to build himself a companion – a snowman. Called inside by his mother as the night approaches, the boy leaves his new companion outside, however after being put to bed he sneaks out and finds that his Snowman has come to life and has a penchant for adventures!

A lesson in the acceptance of semi-permanence, the production is brimming with visual delights from the bright and playful costumes, to the elegant and stunning snow-covered set. Magic abounds in all aspects of this show and, while I’m sure it’s an incredibly complex and technically driven production, what really hits is the simplicity – be it in the purity of the humour or the frankness of the emotion. 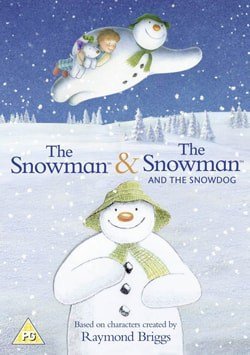 Charming and uplifting, the performers capture the attention of all, leaving even the smallest members of the audience utterly mesmerised. Ironically, perhaps it’s the absence of dialogue and the reliance on music and movement for storytelling that ensures the piece transcends generations.

Robert North’s choreography is exquisite and undeniably expressive in spite of the challenge posed by some incredibly restrictive and obstructive costumes. To say that watching these larger-than-life characters inhabit the stage before you is enchanting would be an understatement.

A trip to the North Pole really should be an annual event and, let’s face it, a theatre ticket is much cheaper than a flight. So, rug up, gather the family and remind yourself of the magic that comes when you look at Christmas through the eyes of a child.

Based on the book by Raymond Briggs and the film directed by Dianne Jackson and produced by John Coates, The Snowman is a much-loved festive tradition of storytelling, spectacle and magic. The Birmingham Repertory Theatre production has music and lyrics by Howard Blake, choreography by Robert North, direction by Bill Alexander, design by Ruari Murchison and lighting by Tim Mitchell.

The enchanting show tells the story of a young boy’s adventures when his snowman comes miraculously to life on Christmas Eve. Featuring a dazzling array of colourful characters including dancing penguins, magical reindeer, a beautiful snow princess, her wicked beau Jack Frost and of course, Father Christmas himself, The Snowman is a Christmas treat for all the family and a perfect introduction to dance for the very young.

By arrangement with Snowman Enterprises Limited (A Penguin Company) and Chester Music Limited.

This entertaining new musical is very fortunate in having as its leading lady the terrific Katie Elin-Salt: she is onstage almost throughout, singing … END_OF_DOCUMENT_TOKEN_TO_BE_REPLACED

“Keep it shallow, keep it pretty, keep it moving,” declares Justin Vivian Bond, letting the audience determine for themselves what precisely is really … END_OF_DOCUMENT_TOKEN_TO_BE_REPLACED

This play didn’t do that well on Broadway the first time around in 1963, and did worse the second time around, even with a revised script, running in … END_OF_DOCUMENT_TOKEN_TO_BE_REPLACED

One of the very few good things about the COVID pandemic is that the opportunities to live stream theatre performances have increased exponentially, … END_OF_DOCUMENT_TOKEN_TO_BE_REPLACED