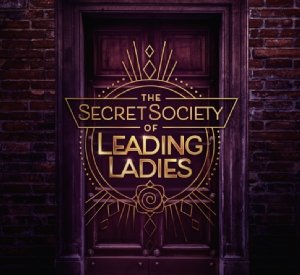 I once turned down an invitation to something called Secret Cinema with the riposte, “If it’s supposed to be a secret, why you are telling me about it?” The Secret Society of Leading Ladies is an interesting concept, allowing audience members to choose with the click of a mouse which showtune they would like to see being performed, five times over. At first glance, it sounds like a recipe for technical glitches galore, but it all works very smoothly – or, to put it another way, it’s hardly the producers’ fault that I’m with Virgin Media.

This online production wants to satisfy two audiences – the “die-hard musical theatre fans” as well as those curious enough to want to “discover the world of musical theatre”. The second category will, I suspect, be far easier to please than the first – many of the ‘die-hards’ are lovely people, but there are always a few who will find ways of expressing their dissatisfaction because, for instance, their favourite singer wasn’t even on the line-up, or their favourite song from their favourite show was sung by someone other than what they had in mind.

I don’t, as it happens, fit either category: I see more plays than musicals, and I can quite easily go days at a time without listening to any showtunes at all. That said, there were more songs in the Secret Society repertoire that I recognised than ones that I didn’t. It’s an opportunity to enjoy showtunes in concert format, without the scenery and other on-stage activity going on, and the tunes are presented with an intimate feel, which seems appropriate for an at-home experience.

No applause at the end of a big number is still something I find odd, eleven months after the Great Shutdown. There is some movement when a song calls for it, but for the most part, these are ‘stand and deliver’ performances, and I can’t fault the quality of the camerawork and the audio recordings.

The trouble with reviewing something of this nature is that my own experience could well be vastly different to someone else’s – ‘Journey To The Past’ from Anastasia is markedly different to ‘Somewhere Over The Rainbow’ from The Wizard of Oz, for instance. It would also be giving too much away to say who sang what.

I’m not sure whether a two-minute interval after three songs was strictly necessary – the whole show barely takes half an hour to get through. But as one of the showtunes puts it, “Let’s give them that big finish / And leave them wanting more!” The show has a way of catering for the indecisive: there’s a time limit when it comes to choosing between songs, such that it is possible to just watch the whole thing without making a single decision and let a random choice play each time. This innovative production brought back some good memories of enjoyable productions over the years, and by portraying a wide range of female characters from the delightful Lauren from Kinky Boots to the Witch in Into The Woods, there’s an equally broad range of emotions evoked.

There was, perhaps, a missed opportunity in not including songs typically sung by men, to widen the repertoire yet further. But no production can be all things to all people, and this one does well to tackle winter lockdown blues. Brief, but pleasant and classy.

The Secret Society of Leading Ladies, running from 22 February – 7 March, takes audiences into a world where Musical Theatre characters can co-exist in the same space regardless of era or genre. The concept was created to reward die-hard musical theatre fans, whilst being mould-breaking enough to invite a new audience to discover the world of musical theatre.

Conceived and directed by the Barn Theatre’s Ryan Carter, the event focuses on the archetypes of Female Musical Character, ranging from princesses and dreamers to villains and divas.

Over the course of the concert, the viewer will be presented with 5 ‘Choose Your Player’ screens, which prompts them to decide the character they wish to introduce next. The concert has over 150 combinations for the viewer to choose from. Each character is introduced with a short scene, before taking to the stage to perform a number. The concert closes with a finale that features all 14 characters, providing a chance to get a glimpse at all the characters involved.