Home » Theatre News » Review of The Significant Other Festival – Plus One 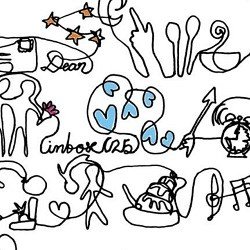 I might, had I not thought about that story, had scribbled “Chairs” in my own notepad, as two chairs was all there was to see. Thank goodness, then, that despite having ten separate playwrights and ten separate directors, The Significant Other Festival – Plus One features some very strong writing. The Pensive Federation seems to have surprised itself; its audiences were informed there would be twenty actors. At some point someone decided to take ‘plus one’ literally, adding an additional actor into each play. This meant not only a programme that was best read an inch from your eyes or with a magnifying glass, but a very crowded curtain call at the end.

Gluttony, by Julie Burrow, I must admit, didn’t fully engage me at first but grew on me as Emma (Sarah Leigh) was put in her place by Lizzie (Zoe Lambrakis) after the latter had been taken advantage of for some time. Frankie (Leanne Everitt), introduced to Lizzie by Emma, had a Machiavellian tendency that could be spotted a mile off, but I still couldn’t help feel sorry for Lizzie, who doesn’t quite realise what she’s let herself in for. A stark reminder that things aren’t always what they seem on the surface.

Gamma, by Olivia Gawn, may or may not have been autobiographical; either way the anger and frustration shown by Anna (Annie Jackson) is palpable from the start. It’s not clear why stepbrother Alex (Jared Rogers) has dropped in (beyond saying hello and giving her a present) but Anna’s best friend Tam (Tamara Camacho) acts as a conciliator; only later does it become clear quite why Anna is so vexed. It’s directed at Alex but it’s more to do with her father’s infidelity, hence the emphasis on ‘step’-brother. There’s some dry humour in this naturalistic piece, and (though I didn’t really get the punchline relating to it) the first of many outings for a blow-up dinosaur throughout the evening’s proceedings.

The Last Crusade, by Barry Dunstall, sees the bubbly Penelope (Joanna Reyes) talking to Olivia (Sadie Clark), as the latter is looking for a place to stay in the area (whatever area that may be). An ‘integrative psychotherapist’ from Chester, even if her southern accent rather makes this not very credible, I found her bluntness quite refreshing and perhaps paradoxically made the flow of conversation less awkward. A devastating twist involving both ladies and Penelope’s husband Danny (John Rayment) appears in the dying moments of this piece that I hadn’t expected in this well written and genuinely humorous script. It would have been interesting to see how the story would have developed further as a full-length play.

Autumn, by Tom Powell, I found to be most engaging. A possessive and altogether sulky Sophie (Sophie Mercell) does – or, rather, says – everything she can to prevent Rachel (Rachel Agustsson) from heading out for a bit with work colleague Katherine (Katherine Rodden: I note, with a wry smile, that the author couldn’t be bothered with thinking up different character names for the actors he was assigned). What Katherine explains to Sophie is enlightening for the audience, but Sophie is having none of it. There’s common ground, from a most unlikely source – an online video of an ostrich. It’s as absurd as it sounds, but I loved it.

Puppy dog tails, by Paddy Cooper, sees Madeleine (Jessica Aquilina) to be as intolerable to Charlotte (Hannah McClean) as Alex was to Anna in Gamma previously. Madeleine is a surrogate mother to Charlotte and her husband Robert (Adam Buchanan) – there’s a nasty streak to Madeleine but it later comes clear why this is. Without giving too much away, she’s effectively calling in favours from Robert. It was a fascinating exploration of how not being in full possession of all the facts can influence behaviour.

Goodthings/badthings, by Oliver Selby, sees yet another outing for the blow-up dinosaur, as a man (Roger Dipper) got it from a Tory MP (apparently Robert from the previous play). I’m sorry not to have caught Dipper’s own character’s name – the programme is useless in this regard, listing performers as either ‘Actor’ or otherwise ‘Plus One’. Added to this the ‘Plus One’ in this play, Jenna, is missing from the programme – so, shock horror – regrettably, an actor must go unacknowledged. Completing the “thrupple” (as opposed to couple) is Sarah (Lydia Shaw). Dipper plays such an absorbing character, and it was a pleasant surprise to find a musical in amongst a plethora of plays. The title track reminded me of reviewing The Situation from Lionel Bart’s ‘Oliver!’, as our man deliberates at a crossroads in life.

Top marks for composers Lemon Otter and Franner Otter – although we don’t quite have the soaring melodies of the very best musicals out there, I was still humming a tune or two from this piece even having seen four plays after this one. The music accompanying the lyrics was played a tad too loudly for some in the audience, though I hasten to add I did not personally find the sound levels problematic. This was a highly delightful and well-choreographed work, directed by The Pensive Federation’s co-artistic director Neil J. Byden, and suitably sending the audience into the interval on a high.

When a play is called ITV, as Jonathan Edgington’s contribution to this festival was, one wonders whether there would be an advertisement break, or a confrontation so hard-hitting it might as well have come from the unnecessarily abusive scenes of Coronation Street. It’s actually rather charming. Courtney (Helen Jessica Liggat) feels put out by a new toy (no, not a blow-up dinosaur) that Veronica (Maddy Moore) has bought for herself, Carlos (Steven Mills). It’s quite a compulsive look into the world of AI (artificial intelligence), and a not-so-subtle hint that while you can always turn off a robot, as you can turn off ITV, you can’t turn off a real human friend, however cultured or uncultured they may be.

Strikes, by Anne-Sophie Marie, sees three characters that, to me, had little to distinguish between them, all being the reasoned and civilised people that they were. A slow-burner, it was, for some, a welcome change from the breezily-paced nature of some of the other works – while also feeling longer than its allocated ten minutes. I regret it was also entirely forgettable, aside from Vinny (Tara Dowd) having packed her bags and giving quite an elongated and emotional goodbye.

Bronze, by Elizabeth Adlington, had the most shocking start to any of the plays. I am grateful that it wasn’t in any way preachy in its underlying message that outside appearance isn’t more important than inner beauty – quite the opposite, as it goes. After a fake tanning session gone wrong, Rowena Bentley and Luke Lampard’s characters must decide whether they wish to risk being ridiculed at a competition for appearing in public in literal bronze skin, and in doing so, must also consider some wider priorities in life. The use of humour to provoke deeper thinking here is sublime.

Roast Beef, by Jasmine Jones, included a third character (Karl Sedgwick), either an inner demon or conscience of some sort, whose style of humour fell flat for me, and by the end he was screaming so loudly at Laura (Kim Burnett) I momentarily lost all interest in what was going on and concentrated on protecting my ear drums from being perforated. Her stressful vocation doesn’t help matters, despite an empathetic Tom (Alex Dowding). But I know I’ve been in Laura’s shoes, up against copy deadlines (I’m up against one now, writing this!) while your brain decides to go off in every direction except the one for the task in hand. A most relatable and fitting end to this rollercoaster festival.

Conflict was perceived by the writers to be more interesting than harmony – it probably is, but meant the evening was rather exhausting. But it flew by more often than it dragged, and the narrative, whichever narrative it was, was never difficult to follow. A worthwhile experience. The Pensive

Federation has successfully brought to the London stage some remarkable, different and challenging work, and it will be interesting to see their future productions. “Trust the process” is a mantra that seems to be working very well for them – in essence, to not know fully in advance what is unfolding, but enjoying the experience of developing something new, exciting and entertaining. It certainly seemed clear to me that this large company was not only trusting the process, but enjoying the results.

The Significant Other Festival – Plus One
Tristan Bates Theatre – 29th February to 5th March
This Spring, pioneering company The Pensive Federation brings its unique festival of new writing to London’s Tristan Bates Theatre. Ten plays are created in ten days with an entirely new company each year. The Significant Other Festival, subtitled Plus One for 2016, has previously played to sell-out crowds at The Park and The Camden People’s Theatre. And this year being the fifth anniversary, there is a twist! As ever ‘the magic in the mundane’ is the guiding principal for writers and audiences can expect the emotional intimacies shared between significant others to be joyfully centre stage.
www.thepensivefederation.com

I have seen some outstanding acting recently at the intimate Finborough Theatre, and this new play is no exception. The highly talented cast quickly … END_OF_DOCUMENT_TOKEN_TO_BE_REPLACED

In the pandemic (remember that?) I worked in adult social care. My role was to help older people in their own homes with daily tasks - I’d cook meals, … END_OF_DOCUMENT_TOKEN_TO_BE_REPLACED

The world-famous Wilton’s Music Hall and the children’s classic The Wind in the Willows make perfect bedfellows. Piers Torday has written a version … END_OF_DOCUMENT_TOKEN_TO_BE_REPLACED

Some journalists get, as it were, a bad press, though some of them don’t help themselves with some of the things they write and do. This play doesn’t, … END_OF_DOCUMENT_TOKEN_TO_BE_REPLACED

Paul (Lewis Bruniges) and Freddie Metz (Oliver Yellop), who identify as cousins, are so desperate to get out of the German Democratic Republic, … END_OF_DOCUMENT_TOKEN_TO_BE_REPLACED