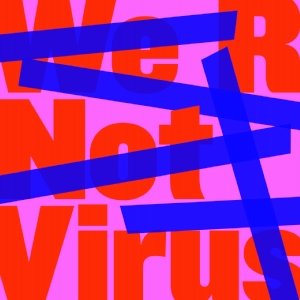 What becomes evident over the ten short performances making up We R Not Virus is that the racial hatred experiences of east and south-east Asians in the age of coronavirus is highly varied, something which also became apparent in the post-show panel discussions. In other words, while there are some common denominators, there are ultimately about as many different experiences as there are people. There is also the pressure of being the ‘only Asian in the room’, which leaves people feeling as though they are perceived to be representative of an entire nation or region, which is rather like expecting the opinions and experiences of a solitary white person to reflect those of the whole of Western Europe.

Some performances make good use of video technology – the animation in Family Scenarios by Will Harris was particularly noteworthy. There was a distinct reliance throughout, however, on the art of storytelling, which helps maintain interest in the production overall. There’s something for almost everyone in this collection, from the dual narrative and rather abstract It’s Not A Game To Someone by Nemo Martin, which came across to me as a stream-of-consciousness monologue, to Daniel York Loh’s No Time For Tears, during which, for all its rhyming and borderline breakneck-paced delivery, it would be difficult to grasp the clear message being disseminated.

“People identify me with absolute confidence,” says Emma Lau’s character in The Air We Breathe by Shaofan Wilson, an issue also explored in I Am Not A Virus by Enxi, in which Leo Wan’s stand-up comedian character talks about the assumption that he has a penchant for dim sum, until he opens his mouth, and his British accent throws the assumers sideways: “Oh… fish and chips?” Not every cross-racial interaction raises a smile, however. In Lucy Sheen’s piece, also called I Am Not A Virus, several dozen women contributed to the making of a video citing miscellaneous examples of discrimination and suffering, ranging from the untipped waiter to victims of suicide and murder. The background music swelled and swelled to the point where even these voices were being drowned out: the irony, as far I could tell, was not lost on the discerning audience.

A number of pieces, including Shame by Jimin Su, mentioned childhood experiences – perhaps predictably, many memories were negative – but this was nonetheless insightful as the effects of playground remarks (and indeed those of teachers in classroom settings) can manifest itself in later life. I found Conundrums by Amber Hsu frankly impenetrable, mostly because Camille Mallet de Chauney’s character repeatedly insisted he had never suffered from as much as a cough or a cold in his entire life. “Not even been asymptomatic,” he bizarrely asserted, which dulled, at least for me, anything else he was saying as I tried to work out what on earth that even meant. Oh well.

Contagion by Oladipo Agboluaje took a different angle, detailing the recent lockdown experiences of a black British journalist with Nigerian parentage working in China. Noticing how some other black people in the community were being turfed out of their accommodation, he offers to buy them meals. Initially surprised, they decide to go with the flow and rather cheekily (or, dependent on your point of view, unkindly) accept the offer, already knowing that their new ‘friend’ was going to be confronted with signs saying, “Black people are not allowed to enter the restaurant” (I found myself looking this up – a branch of McDonald’s in Guangzhou did indeed put signs up with that exact wording). His recalling of this, as well as a workplace encounter, was something of an eyeopener for him.

Do My Eyes Look Small In This by JM Arrow looks at a young lady (Peyvand Sadheghian) who has sustained abuse for a number of different reasons, including sexual orientation and choice of religious belief. Having been told to ‘be more English’, she interprets this to mean she should complain more (make of that what you will), only to be told to shut up and go back to where she came from. There are some uncomfortable truths uncovered in this production, which by default makes it somewhat provocative. This is nonetheless a necessary contribution to the many conversations about how to both highlight and do something about the various injustices faced by east and south-east Asians in society today.

The two-day event directed by Young Vic Genesis Fellow Jennifer Tang and Anthony Lau spotlighting the work of East and South East Asian artists as well as a piece written by Nigerian writer Oladipo Agboluaje was a complete sell-out and was a huge success. The recordings are now available for all those who could not see and take part in the event, which took place across two days last weekend.