Home » Back to the Future The Musical at Manchester Opera House

Back to the Future The Musical at Manchester Opera House

Great Scott! We’re sending you Back to the Future… The Musical!
Turn your flux capacitor on and get ready for 1.21 gigawatts of excitement.
Back to the Future The Musical is gonna change musical history at the Manchester Opera House for 12 weeks only from 20 February 2020. 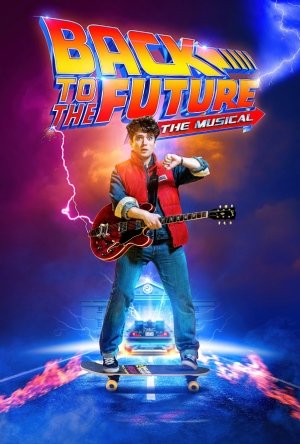 Great Scott! We’re sending you Back to the Future… The Musical!
Turn your flux capacitor on and get ready for 1.21 gigawatts of excitement.

Back to the Future The Musical is gonna change musical history at the Manchester Opera House for 12 weeks only from 20th February 2020.

I came here in a time machine that you invented…

Great Scott! We’re sending you Back to the Future… The Musical!
Turn your flux capacitor on and get ready for 1.21 gigawatts of excitement.

Back to the Future The Musical is gonna change musical history at the Manchester Opera House for 12 weeks only from Thursday 20th February 2020 to Sunday 17th May 2020.

I came here in a time machine that you invented…

The 1985 movie and pop culture phenomenon that everyone has the hots for is transported to the stage by creators of the original film, Bob Gale and Robert Zemeckis.

You know that new sound you’re looking for? Well, listen to this!
The combined eight-time Grammy Award-winning pair of Alan Silvestri and Glen Ballard will send you on an electrifying ride through time with an all-new score alongside the movie’s iconic hits, including The Power of Love, Johnny B Goode, Earth Angel and Back in Time. Call your cousin!

When this baby hits 88mph, you’re gonna see some serious… entertainment
Strap yourself in for a thrilling musical adventure directed by Tony Award-winning John Rando alongside the multi-Tony and Olivier Award-winning design team of Tim Hatley (design), Hugh Vanstone (lighting) and Finn Ross (video) with choreography by Chris Bailey and illusions by Paul Kieve (Harry Potter and the Prisoner of Azkaban). Time circuits on.

Producer Colin Ingram (Ghost – The Musical, Grease the Musical, Breakfast at Tiffany’s, Movin’ Out, Gone With the Wind) and the creators of the film Back To The Future, Robert Zemeckis and Bob Gale, are delighted to announce Tony Award winner, Roger Bart, as ‘Dr Emmett Brown’ in the world premiere of BACK TO THE FUTURE The Musical, opened at the Manchester Opera House on 20th February 2020 for a strictly limited 12-week season, finishing on 17 May, prior to transferring to the West End. This comes on the day Christopher Lloyd, the original ‘Dr Emmett Brown’ in the Back to the Future film trilogy comes to Manchester to pass on the keys to the DeLorean Time Machine to Roger.

Set your destination to the Manchester Opera House, 2020 and make a date with history – your future depends on it.

Back to the Future is a 1985 American science fiction film directed by Robert Zemeckis and written by Zemeckis and Bob Gale. The film stars Michael J. Fox as teenager Marty McFly, who accidentally travels back in time from 1985 to 1955, where he meets his future parents. Christopher Lloyd plays the part of the eccentric scientist Dr. Emmett “Doc” Brown, his friend and the inventor of the time-traveling DeLorean automobile, who helps Marty fix history and return to 1985. The cast also includes Lea Thompson as Marty’s mother Lorraine, Crispin Glover as his father George, and Thomas F. Wilson as Biff Tannen, Marty and George’s arch-nemesis. A popular and entertaining film.

Accolades
At the 58th Academy Awards, Back to the Future won for Best Sound Effects Editing, while Zemeckis and Gale were nominated for Best Original Screenplay, “The Power of Love” was nominated for Best Original Song, and Bill Varney, B. Tennyson Sebastian II, Robert Thirlwell and William B. Kaplan were nominated for Best Sound Mixing. The film won the Hugo Award for Best Dramatic Presentation and the Saturn Award for Best Science Fiction Film. Michael J. Fox and the visual effects designers won categories at the Saturn Awards. Zemeckis, composer Alan Silvestri, the costume design and supporting actors Christopher Lloyd, Lea Thompson, Crispin Glover and Thomas F. Wilson were also nominated. The film was nominated for numerous BAFTAs at the 39th British Academy Film Awards, including Best Film, original screenplay, visual effects, production design and editing. At the 43rd Golden Globe Awards, Back to the Future was nominated for Best Motion Picture (Musical or Comedy), original song (for “The Power of Love”), Best Actor in a Motion Picture Musical or Comedy (Fox) and Best Screenplay for Zemeckis and Gale.

Back to the Future The Musical at Opera House Manchester

Ticket Prices for the Orchestra Stalls, Circle and Gallery

Here are the dates this show will be performing.