Prepare to fall in love with Disney’s Frozen all over again, as the brand-new theatrical experience is now open at London’s Theatre Royal Drury Lane.

Prepare to fall in love with Disney’s Frozen all over again, as the brand-new theatrical experience is now open at London’s Theatre Royal Drury Lane. 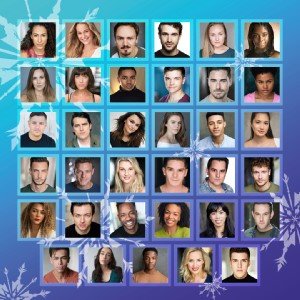 Incredible special effects, stunning costumes and jaw-dropping scenery bring Elsa and Anna’s journey to life in a whole new way. And with all the beloved songs from the movie – as well as a few surprises from the writers behind Let it Go – you’ll be transported to Arendelle from the moment the curtain rises.

Disney’s Frozen is brought to the stage by an award-winning creative team, with direction by Tony® and Olivier Award winner Michael Grandage and a book by Academy® and BAFTA Award winner Jennifer Lee. The show features the cherished songs from the original film alongside new songs by Grammy® and Academy Award-winning writers Kristen Anderson-Lopez and Robert Lopez.

Interview with Richard Frame from the cast of Frozen the Musical
Q: Why should everyone get along to see Frozen the Musical?
Richard: That’s a great question. I think everyone should see this show because it has the perfect combination of spectacular staging, show-stopping songs and incredible performances. It’s everything you could want in a musical. It feels fresh and new and I don’t think there is another show like it. Everyone involved in Frozen, from the creative team, to the actors and crew, have come together to create a really magical experience for audiences and anyone who comes to see it is in for a real treat!

There are some icy patches, so to speak, but for the most part, this is a decent and wholesome experience.
Chris Omaweng LondonTheatre1