The producers of the multi-award-winning, critically acclaimed production of CABARET at the KIT KAT CLUB in London’s West End are delighted to announce that BAFTA Award winner Aimee Lou Wood will play ‘Sally Bowles’, Olivier Award nominee John McCrea will play ‘The Emcee’ and Nathan Ives-Moiba will play ‘Cliff Bradshaw’ from 13 February 2022 until 27 May 2023. 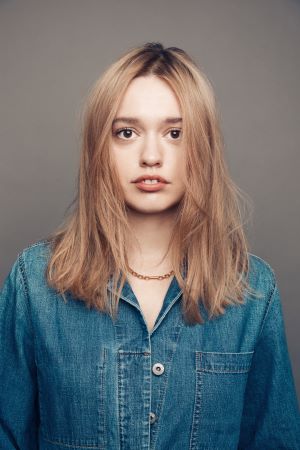 Aimee Lou Wood said today “I’ve wanted to be Sally Bowles since I was around 10 so this is really special. I’m unbelievably excited and having the greatest time in rehearsals. The production is so wonderful and I feel honoured to be stepping into this beautiful team of people!”

John McCrea said today “I’m thrilled to be taking on the iconic role of the Emcee in this ground-breaking production of Cabaret. It’s an absolute honour to be joining this amazing company of artists.”

Aimee Lou Wood is best known for her portrayal of Aimee Gibbs in all three series of the Netflix series Sex Education for which she won the BAFTA Award for Best Female Comedy Performance. She recently starred in the critically acclaimed film Living opposite Bill Nighy. Her stage credits include Sonya in Uncle Vanya at the Harold Pinter Theatre in the West End and Downstate at the National Theatre.

Nathan Ives-Moiba’s many theatre credits include As You Like It at the National Theatre, My Children My Africa at Trafalgar Studios, Our Country’s Good for Out of Joint, A Midsummer Night’s Dream, And Did Those Feet and Tull, all at the Octagon Theatre. For his performance in Tull, Nathan was nominated for the Best Newcomer at the Manchester Theatre Awards.

At certain performances, the role of Sally Bowles will be played by Emily Benjamin.

As a member of the original cast of this production, Emily has been a swing and understudy to the role of Sally Bowles since the show opened. Her other West End theatre credits include Bat Out of Hell The Musical at the London Coliseum and The Lion, the Witch and the Wardrobe at the Bridge Theatre.

This unique production of CABARET opened in December 2021 to critical and audience acclaim, widely praised as the ultimate theatrical experience. In April 2022 the production won a record-breaking seven Olivier Awards, the most for any musical revival in Olivier history. The production has also won three prestigious Critics Circle Awards and most recently the Evening Standard Theatre Award for Best Design for designer Tom Scutt.

Transforming one of London’s most famous theatres with an in-the-round auditorium and reimagined spaces, before the show guests are invited to enjoy and explore the Kit Kat Club with pre-show entertainment, drinks and dining all on offer. When booking, guests receive a ‘club entry time’ to allow enough time to take in the world of the Kit Kat Club before the show starts. But of course, the show really starts when you first join us in the club…

CABARET is directed by Rebecca Frecknall, set and costume design is by Tom Scutt with choreography by Julia Cheng. Musical supervision is by Jennifer Whyte and musical direction is by Ben Ferguson with lighting design by Isabella Byrd and sound design by Nick Lidster. The casting director is Stuart Burt and the associate director is Jordan Fein.

Cabaret is at Kit Kat Club at the Playhouse currently booking to Saturday 16th December, 2023.

After creating the “absorbing and provocative” Version 2.0 and the “eminently lovable” Letters, Kashyap Raja returns to London with his new play Earth … END_OF_DOCUMENT_TOKEN_TO_BE_REPLACED