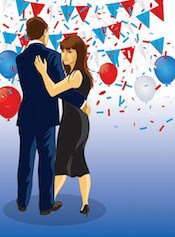 Two of playwright Alan Ayckbourn’s works, one a revival and the other a brand new play, are set to tour next year from January 2016.

A major revival of Ayckbourn’s acclaimed 1974 play Confusions will embark on a national and international tour alongside his latest play, Hero’s Welcome. The tour opens at the Yvonne Arnaud Theatre in Guildford, where the productions will run from 13th to 23rd January 2016 before continuing on to also visit Cambridge, Bath, Windsor, Eastbourne and Malvern. They will then head to New York in May to play for US audiences as part of the Brits off Broadway Festival.

Confusions is a series of five interconnected one-act plays, each performed by an ensemble cast of five people and individually titled Mother Figure, Drinking Companion, Between Mouthfuls, Gosforth’s Fete and A Talk in the Park.

Hero’s Welcome is Ayckbourn’s 79th play, and follows the story of a soldier returning to his home town with his new bride after seventeen years. They do not receive an altogether welcoming reception however. It premiered earlier this year, September 2015, at the Stephen Joseph Theatre in Scarborough.

Both productions are directed by Alan Ayckbourn and feature the same cast members: Stephen Billington, Emma Manton, Russell Dixon, Richard Stacey and Elizabeth Boag. They will be joined in Hero’s Welcome however by Evelyn Hoskins, who was most recently seen in ITV’s The Sound of Music LIVE as Liesl.

All confirmed UK dates for the 2016 Tour of Confusions and Hero’s Welcome are listed below: