Alice Fearn (Elphaba) originally joined the London production of WICKED in 2016, as Standby for Elphaba, and will now assume the role. Her previous West End appearances include Dirty Rotten Scoundrels, Shrek The Musical, Into The Woods, Les Misérables (also the film version) and The Woman in White. Sophie Evans (Glinda) was the acclaimed runner-up in the BBC talent show ‘Over the Rainbow’ and subsequently played ‘Dorothy Gale’ in The Wizard of Oz at the London Palladium; Bradley Jaden (Fiyero) is currently starring as ‘Fiyero’ on the international tour of WICKED. He previously starred as ‘Enjolras’ in Les Misérables at the Queen’s Theatre; Melanie La Barrie (Madame Morrible) is currently part of the acclaimed Everyman Company at the Liverpool Everyman Theatre. Her West End roles have included ‘Mrs Phelps’ in the original cast of Matilda, ‘Mme. Thénardier’ in Les Misérables and ‘Mrs Corry’ in the original cast of Mary Poppins; Andy Hockley (The Wizard) has enjoyed a long association with The Phantom of the Opera, playing ‘Monsieur Firmin’ at London’s Her Majesty’s Theatre as well as on the UK & Ireland Tour for over 1000 performances. He most recently played ‘Grandpa Potts’ in Chitty Chitty Bang Bang at West Yorkshire Playhouse and on the UK & Ireland Tour; Jack Lansbury (Boq) is a graduate of Mountview Academy of Theatre Arts and will be making his West End debut in WICKED; Laura Pick (Standby for Elphaba) appeared in The Sound of Music at the Regent’s Park Open Air Theatre, covering and playing ‘Maria von Trapp’. Martin Ball (Doctor Dillamond), Sarah McNicholas (Nessarose) and Carina Gillespie (Standby for Glinda) all continue in their current roles. 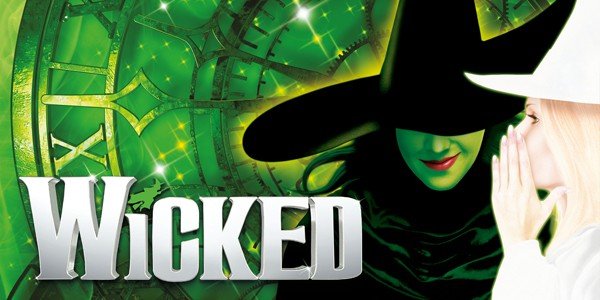 Acclaimed as “one of the West End’s true modern classics” (Metro), WICKED is now in its 11th smash hit year at London’s Apollo Victoria Theatre, where it is already the 17th longest running show in West End theatre history. The “hugely popular show” (The Times) is a three-time winner of the theatregoer-voted WhatsOnStage Award for ‘Best West End Show’ and a two-time winner of the Olivier Audience Award. The critically acclaimed and multi record-breaking UK & Ireland Tour returns from 31 January 2018, visiting Bristol, Liverpool, Birmingham, Edinburgh, Leeds, Dublin, Sunderland, Southampton, Cardiff and Manchester.

Based on the acclaimed, best-selling novel by Gregory Maguire that ingeniously re-imagines the stories and characters created by L. Frank Baum in ‘The Wonderful Wizard of Oz’, WICKED tells the incredible untold story of an unlikely but profound friendship between two sorcery students. Their extraordinary adventures in Oz will ultimately see them fulfil their destinies as Glinda The Good and the Wicked Witch of the West.

WICKED has music and lyrics by multi Grammy and Academy Award-winner Stephen Schwartz (Godspell, Disney’s Pocahontas, The Hunchback of Notre Dame and Enchanted and, for DreamWorks, The Prince of Egypt) and is based on the novel ‘Wicked: The Life and Times of the Wicked Witch of the West’ by Gregory Maguire and adapted for the stage by Winnie Holzman (My So-Called Life). Musical staging is by Tony Award-winner Wayne Cilento and the production is directed by two-time Tony Award-winner Joe Mantello.

Full casting is announced for the award-winning smash-hit production of Girl From The North Country, written and directed by celebrated playwright … END_OF_DOCUMENT_TOKEN_TO_BE_REPLACED

The producers of Jim Steinman’s Bat Out of Hell – The Musical, featuring Jim Steinman and Meat Loaf’s greatest hits, are delighted to announce the … END_OF_DOCUMENT_TOKEN_TO_BE_REPLACED

ABBA Voyage is the long-awaited concert from one of the biggest pop acts of all time. Featuring a setlist of hit songs, see ABBA’s avatars accompanied … END_OF_DOCUMENT_TOKEN_TO_BE_REPLACED

WICKED, the West End and Broadway musical phenomenon that tells the incredible untold story of the Witches of Oz, is pleased to announce the release … END_OF_DOCUMENT_TOKEN_TO_BE_REPLACED