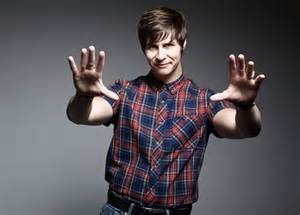 TV magician Ben Hanlin is set to make his West End debut this week, following the announcement that he will join the cast of THE ILLUSIONISTS – Witness The Impossible at the Shaftesbury Theatre.

The Tricked star will perform on the London stage for the first time in the record-breaking touring show, which plays at the Shaftesbury Theatre from Saturday 14th November 2015 to Sunday 3rd January 2016. Press night is on Monday 16th November 2015. He is set to join the magical cast for a limited time only in an exclusive 2-week run from 14th to 18th November 2015.

THE ILLUSIONISTS is a fast-paced and wildly entertaining show, featuring seven of the world’s greatest magicians. Full of hilarious magic tricks and death-defying stunts, THE ILLUSIONISTS mesmerises audiences of all ages.

THE ILLUSIONISTS is the world’s best-selling touring show which has sold out in 71 cities across 17 countries, and now comes to the West End for the first time. The magical spectacular features a cast of seven of the most dazzling illusionists on earth, including:

The Magician, aka Jamie Raven. The runner-up in Britain’s Got Talent 2015, Jamie’s first audition for the smash hit ITV show has been watched by 10 million people on YouTube, to date, and he wowed audiences of over 13 million during the live final last month. This is his West End debut.

The Escapologist, aka Andrew Basso. Italy’s star escape artist, Andrew considers Houdini his hero and is fast becoming one of the world’s most popular illusionists. He is the only person in the world to perform Houdini’s famous Water Torture Cell with absolutely no covers.

The Inventor, aka Kevin James. Known for innovative illusions, Kevin is an inventor, comedian and collector of the strange and unusual. Kevin is one of the most prolific inventors of magic in the world and has created some of the most celebrated illusions of the last century.

The Deductionist, aka Colin Cloud. A forensic mind reader and the closest thing in the universe to the real life Sherlock Holmes. Mixing mind magic and brain science he’ll leave you convinced he’s a mystical savant with the hypnotic powers of a calculated angel. He’s potentially the most dangerous man in the world. Luckily, he’s on our side.

The Warrior, aka Ben Blaque. One of the only performers on earth to attempt this type of stage performance, Ben Blaque has dazzled crowds across this world with his completely unique display of archery and showmanship, which culminates in him shooting an apple off his own head, blindfolded.

The most recent addition to the incredible line-up is Ben Hanlin, star of ITV2’s Tricked which features the magician pranking celebrities with his illusions. The show has run for three series. He is one of the youngest members of The Magic Circle and recently toured New Zealand with magic supergroup Band of Magicians.